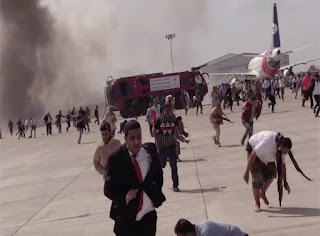 At least 22 people have been killed and more than 50 wounded in an attack at the airport in the southern Yemeni city of Aden, Government officials say.

According to reports coming out from Yemen, there was at least one explosion shortly after a plane carrying the Yemen's newly formed government arrived from neighbouring Saudi Arabia.

Aid workers and officials were among the casualties according to reports but the prime minister of the war torn country said he and his cabinet were "fine". 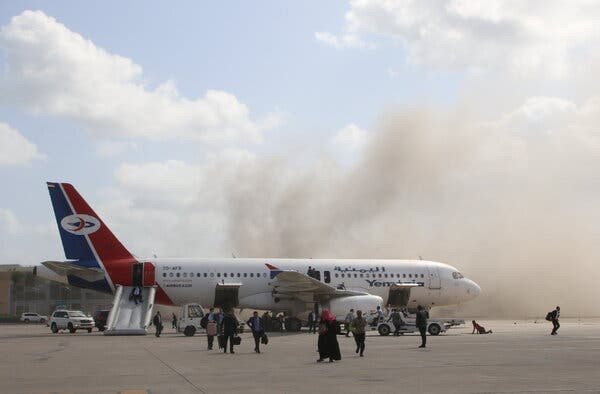 The Yemeni  government accuses the Houthi rebels of the  terrorist act.

"We assure our ppl that all cabinet members r safe, &cowardly terrorist attack by Iran-backed Houthi militia on Aden airport will not deter us fm our duty & our life isn’t more valuable than other Yemenis.' Eryanim the Information minister posted on Twitter

"May Allah have mercy on souls of martyrs, &wish fast recovery 4injured" He added.

Yemen has been devastated by a conflict that escalated in 2015, when a Saudi-led coalition of Arab states launched a military operation to defeat the Houthi terrorist group and restore President Abdrabbuh Mansour Hadi's rule.

The fighting which has happened for 5 years has reportedly left more than 110,000 people dead; triggering the world's worst humanitarian disaster in the process.

Millions of women and children are experiencing famine in the country.

Video footage of the incident which happened on Wednesday, December 30, showed that there was a large blast as passengers began leaving the plane that had flown the new cabinet to Aden, Yemen. A crowd that had gathered on the tarmac to welcome the ministers ran as thick smoke billowed from the airport terminal. Multiple gunfire was heard soon afterwards. 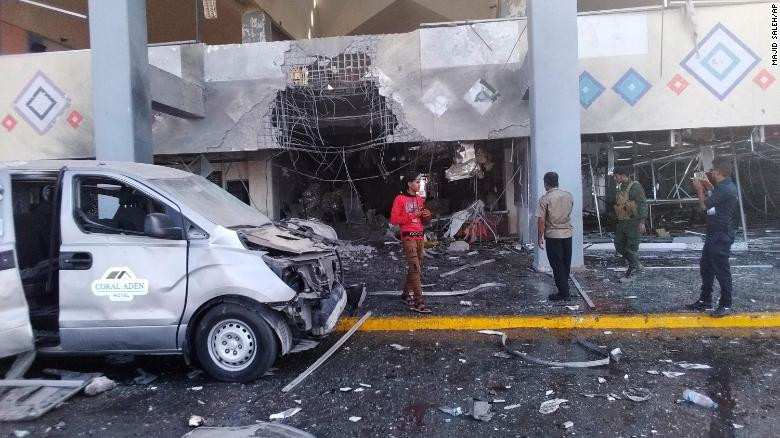 In August 2019, 36 people were killed in a Houthi missile attack on a military parade in Aden.

The International Committee of the Red Cross (ICRC) said three members of staff were killed in Wednesday's attack, and three others were injured, including one seriously.

Dominik Stillhart, ICRC's director of operations, said: "The Yemeni people have endured a terrible amount of suffering over the last five years. A day like this adds even more grief both for the Red Cross family and for the Yemeni families who had loved ones killed or injured in this explosion."

Yemeni news website Al-Masdar Online reported that an undersecretary at the labour ministry, Yasmin al-Awadhi, was killed and that Deputy Minister of Youth and Sport Moneer al-Wajeeh and Deputy Transport Minister Nasser Sharif were among the injured.

"I wish the cabinet strength in facing the difficult tasks ahead," he said in a statement. "This unacceptable act of violence is a tragic reminder of the importance of bringing Yemen urgently back on the path towards peace."