Ayo stated this on his IG page in a post he made to demand a reversal of the law prohibiting gay marriages in Nigeria. 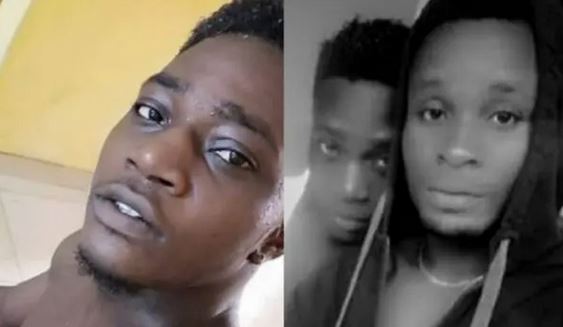 Ayo and his partner

Popular Nigerian Gay activist and chef, Ayo has stated that he will be the first man to get married to a man in Nigeria.

Ayo stated this on his IG page in a post he made to demand a reversal of the law prohibiting gay marriages in Nigeria.

''LGBT Marriage must be Approved and signed in Nigeria

I Have made research as An Activist,being GAY is not a curse

It is a fascinating lifestyle that ranges from Glory to Glory

Encompassing the earth surfaces....why would you be scared in Your Fathers land being GAY.....I think Nigeria should stop being Homophobic,we are in a modernized world, despites the hatred Nigeria is still Number 1 country that has the most populace and popular LGBT.....

If crossdressing is Accepted without no hatred

There is A great Hope that LGBT will be Approved...

I will be the First handsome dude that will get Married openly as GAY in Nigeria ??signed?''

Recall that former President Goodluck Jonathan signed the anti-gay law in January 2014. The law prohibits homosexual activities in Nigeria which includes gay marriages. It prescribes a 14-year term for any gay person caught in the act of homosexuality. 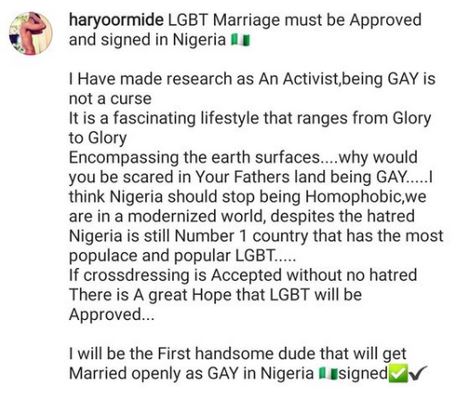