The incident is said to have caused panic on the expressway as many vehicles made a U-turn. 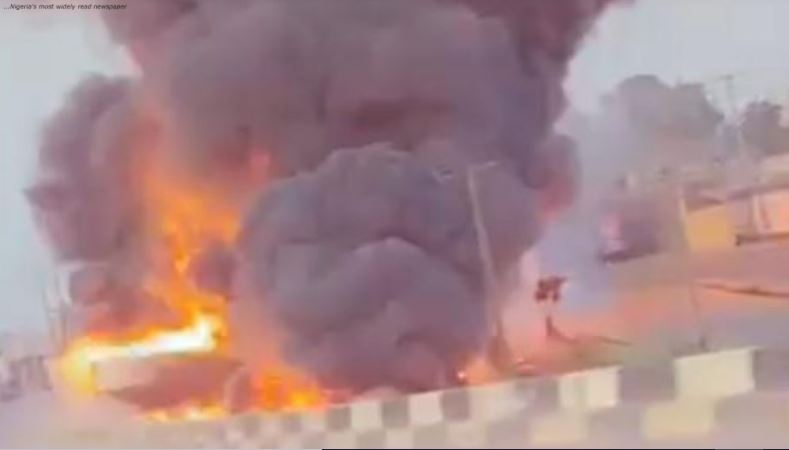 According to The PUNCH, there is heavy traffic at the Berger-Alausa-Magodo axis of Lagos State after a fuel tanker caught fire on Otedola bridge on Saturday.

It was gathered that the incident happened a few minutes to 6pm.

The incident caused panic on the expressway as many vehicles made a U-turn.

Some passengers were also seen alighting from vehicles hurriedly.

Many passengers were also stranded at the Alausa Secretariat and toll gate bus stops.

As of the time of filling this report, details of the fire incident are sketchy.

Some motorists who spoke to our correspondent lamented that they had spent over one hour in traffic.

One of them, Akpan, said, “I regret passing this route today. I have been here for about one hour. My passengers have all alighted and they were yet to pay their transport fare.”