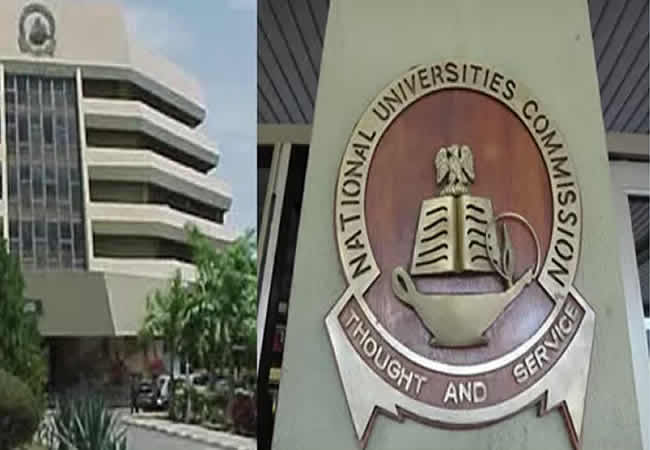 Vice-Chancellors of Universities have been directed by the National Universities Commission to suspend academic activities involving large crowds on their campuses.

The PUNCH reports that the decision came barely three days after the Academic Staff Union of Universities suspended its nine-month-old strike.

The Federal Government, had also issued a circular directing Officers on Grade Level 12 and below to stay at home for a period of five weeks, effective from Wednesday December, 23 2020, following the resurgence in the number of COVID-19 cases.

The NUC in a circular by its Deputy Executive Secretary (Administration), Chris Maiyaki, said classrooms, hostel accommodation, conferences and seminars should be suspended.

The commission also directed that universities should remain closed during the intervening period, pending further directives by goverment on the reopening of schools.

Maiyaki said, “Vice-Chancellors are to please note that the directive is part of the measures approved by Mr. President to mitigate the second wave of coronavirus infections in the country.

“The affected officers are expected to perform their duties from home while those on GL13 and above should strictly adhere to the extant preventive measures, including maintenance of physical distancing, regular washing of hands and/or sanitizing of hands, wearing of face masks and reducing the number of visitors to offices.”