Enenche added that the President, Muhammadu Buhari, was safe in Daura, Katsina State, despite the insecurity and tension in the state. 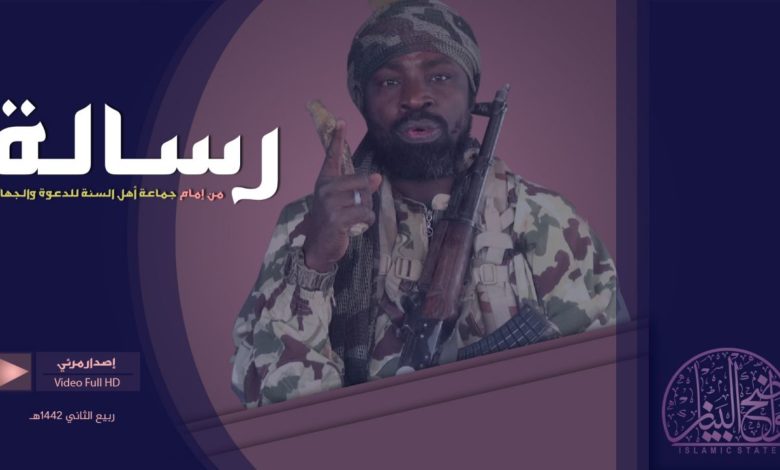 The claims by the Boko Haram terrorists that they were behind the abduction of over 333 schoolboys in the Kankara area of Katsina State have been dismissed by the Defence Headquarters, Abuja, SaharaReporters reports.

The DHQ Coordinator of Defence Media Operations, Maj Gen John Enenche, noted that Shekau was not a person but a "brand and all that needs to be done is somebody using his voice."

Enenche added that the President, Muhammadu Buhari, was safe in Daura, Katsina State, despite the insecurity and tension in the state.

Bandits had invaded the Government Science Secondary School, Kankara, on Friday night and abducted over 300 schoolboys after a gun duel with the police. The President had arrived in the state the same day for a week-long private visit – hours before the abduction took place.

The Boko Haram terrorists had released audio on Monday, claiming responsibility for the abductions and stating that they carried out the act because the government allowed western education which was not in line with their religious beliefs.

Speaking Wednesday while featuring on Arise TV's The Morning Show, the military spokesman noted that the terrorists' claims should be disregarded as they were only seeking for relevance and power.

Enenche said, "On the basis of the characteristics of terrorists all over the world from the time of Al-Qaeda, Taliban, Al-Shabaab, all of them, wherever they will boost their ego or show relevance, that is what they will do.

"What did they even do? Somebody spoke on audio and said, 'I am Shekau.' Shekau on a secondary note is a brand. All that needs to be done is somebody using his voice. The total aim of terrorists is to instil fear into people even beyond their scope of influence.

"So, it is easy for the layman to agree that it is them (Boko Haram) because even if it is kidnappers or armed robbers, they aim to instil fear and kill."

Enenche, while dismissing reports that terrorist group, Boko Haram was responsible for the Kankara abduction, said military operations are ongoing to secure the release of the abducted schoolboys.

"With what the military is doing, by the grace of Almighty God, very soon, the children will be back," he added.