The Chief Judge released the juvenile inmate who is standing trial for alleged trespass and attempt to commit theft while on an inspection visit to Medium Security Custodial Centre as part of his state-wide visits to custodial centres. 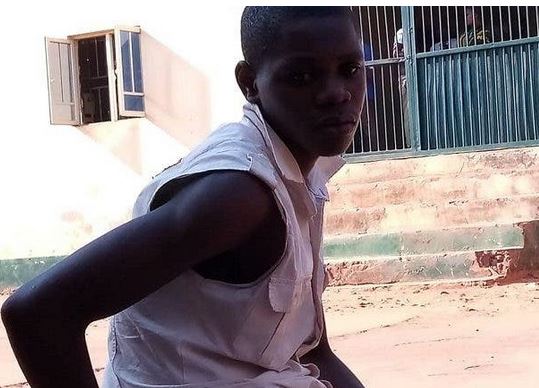 The Chief Judge of Kogi, Justice Henry Olusiyi has ordered the release of a 17-year-old boy identified as Gabriel Odiniya who was remanded in Ankpa Correctional Centre.

The Chief Judge released the juvenile inmate, who is standing trial for alleged trespass, intimidation and attempt to commit theft, while on an inspection visit to Medium Security Custodial Centre in Ankpa on Wednesday, as part of his state-wide visits to custodial centres.

Speaking during the visit, Olusiyi said there was no prima facie case against Odiniya aside the fact that he was a child who under extant laws, was certainly not supposed to be in the custodial centre in the first place.

"I have listened carefully to the learned legal officer prosecuting this case and on the whole, I am satisfied that this is an appropriate case for me to exercise my discretion in favour of the defendant by letting off the hook completely in this matter," the CJ said.

"I have also observed that he is suffering from skin rashes which if not controlled, may result in other inmates being infected. In the light of all the foregoing, the defendant is hereby released as no useful purpose will be served by his continued detention in this Custodial Centre. He shall be released forthwith to the acting Ochogwu of Ogugu, His royal Highness Emmanuel Salifu for proper handling etc,” he added.

The Chief Judge also implored the Reverend Father Boniface Opaluwa, in charge of the Catholic Church in Emagaba-Ogugu, to take charge and provide spiritual guidance to the fatherless boy.

Odiniya was allegedly framed by a woman who he had worked for and who dragged him to court over alleged theft of money and secured conviction but Odiniya was given an option of fine by the court.

According to Odiniya, the woman had caused him to be arrested again boasting that she would make him spend five years in jail as he was subsequently arraigned before Chief Magistrate Court, Okpo, Olamaboro Local Government.