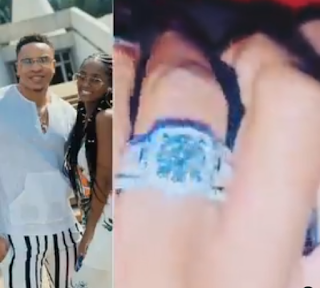 Power star, Rotimi and his stunning fiancee, Vanessa Mdee are preparing to walk down the aisle.

The Nigerian-born American actor and singer, 32, popped the question to his Tanzanian singer,  32, last night during their holiday in Haiti and she said yes.

Rotimi took to Instagram this morning to share a video of his bride-to-be flaunting the sparkling diamond engagement ring.

He also revealed how he prayed in 2015 for whoever was going to be his wife to be happy, before meeting Mdee.

He wrote in his caption:

"She said YES! You are my everything. My angel. In 2015 I prayed that whoever my wife was going to be and wherever she was at the moment I hoped that she was happy, having a good day and receiving GOD'S abundance.."

"Fast forward... YOU... you make me such a better man.. Im in debt to GOD For you. I will pay him back by loving you & giving you eveyrhing that you deserve. Nakupenda." 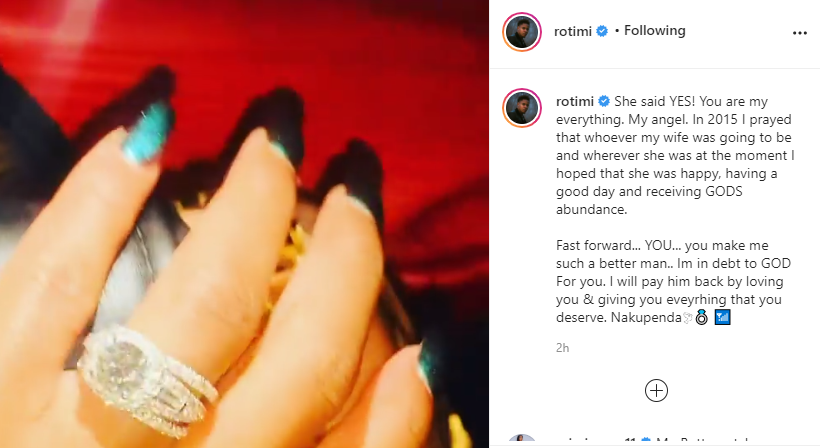