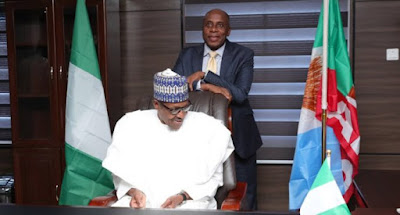 Minister of Transportation, Rt. Hon. Rotimi Chibuike Amaechi, disclosed this in Abuja during the inauguration of the recently elected members of the Chartered Institute of Transport Administration of Nigeria (CIoTA). Amaechi said Buhari was a committed reformer determined to change the face of transportation in the country.

CIoTA President, Dr. Bashir Jamoh, while welcoming the minister, disclosed that the transport sector was moving into a new era of professionalism that was set to usher in excellence across the various modes. Amaechi said the rail project had been delivered, but its usage would commence before the official commissioning.

He also disclosed that he had approved the fares for the route. According to him, “I just got the mandate from President Buhari that he would commission the Lagos-Ibadan railway in January 2021. However, they should have been operating even before that time.

“I also have approved the cost of transportation by rail from Lagos to Ibadan. We just transferred the cost, as that of Kaduna, which we think is quite fair.” Amaechi stated that the Buhari administration was committed to reviving and improving the entire transport infrastructure in the country. He stressed that there were already many visible changes, especially in the aviation and maritime subsectors of the transportation industry.