"Before you DM me, I am a Christian and I believe in waiting till marriage for sexual relations" - Nigerian lady informs intending suitors 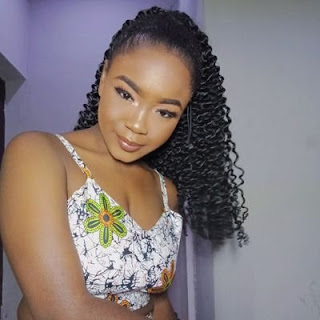 A Nigerian lady, Adesekonge-Ire has informed intending suitors that she does not believe in sex before marriage.

"Before you DM me, I 'm a Christian and I believe in waiting till marriage for sexual relations. tnx" said Konge, who is proudly a Feminist.

Her tweet elicited comments from the men who said if she has to wait till marriage to have sex then she should also not ask for money before marriage.

Others questioned her feminist stance as according to them, a Christian shouldn't be a Feminist.

Reacting to the comments, Konge urged women to try and be financially independent as apparently from the responses, men only give money to women in exchange for sex.

"The responses to that tweet proves that men only give money to women because they want sex in return. Women, wake up! Make your money so these men would know to have something better to offer in a relationship asides money. You are not a sex worker, stop giving sex for money." 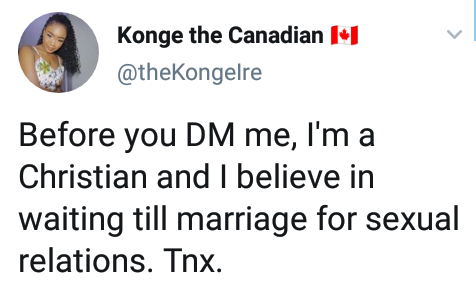 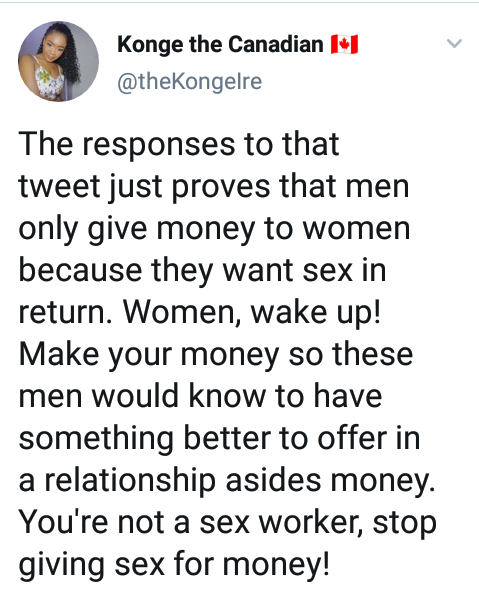 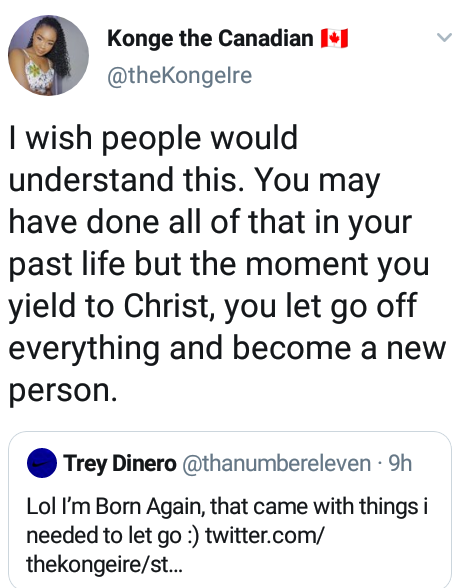 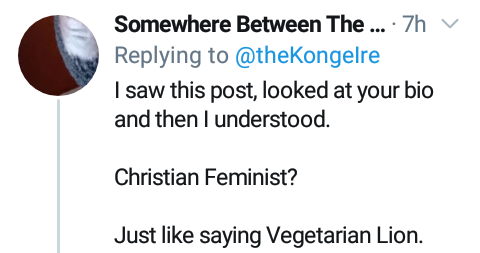 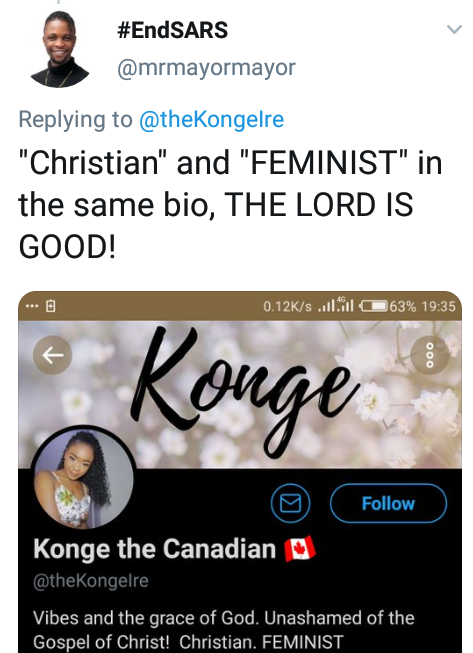 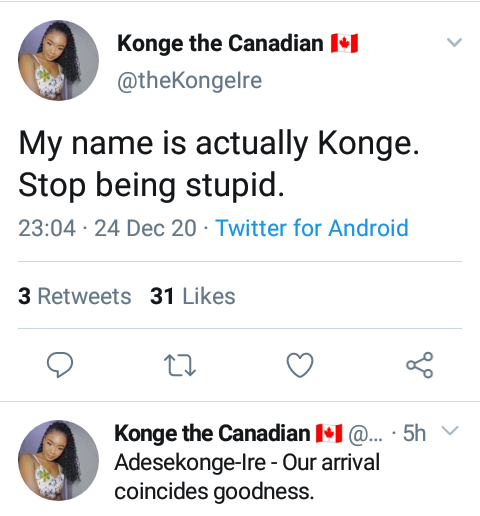