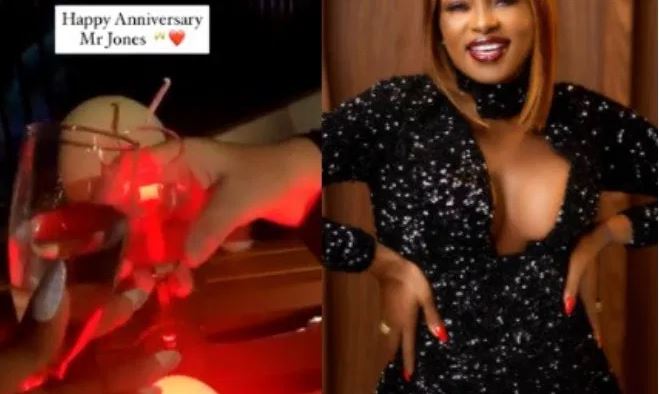 Ka3na shared a romantic video of them having an intimate celebration on social media and wrote;

However, this confused some of her fans who thought she was divorced or separated, as many of them took to the comment section to ask her questions.

Recall that during the BBNaija show, Ka3na told the housemates that she was separated from her husband and was allegedly preparing for a divorce.

However, this seems not to be the case as the couple celebrated their 5th wedding anniversary.

The couple got married in 2015 and they are blessed with a daughter Lila.