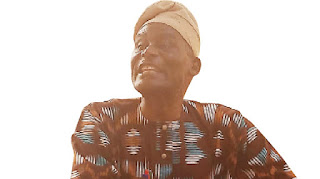 The Chairman of the Oyo State Security Network, Amotekun, Gen. Ajibola Toogun (retd.) has revealed that the security network will not be attached to private citizens.

Toogun, a former Deputy Director of the State Security Service, stated this during a recent interview with PUNCH.

He also revealed that nobody has the right to sue any member of the security network.

“Amotekun is not going into guarding private properties and businesses. We are not going into debt recovery. There is a complaint commission for Amotekun to be headed by a retired judge. People are free to complain in case of misdemeanors by any official of Amotekun. That is why they have their names and numbers tagged to their chests. We will investigate complaints that are brought against any of the personnel. When the complaint commission investigates and the person involved is found guilty he would be disciplined. But, nobody has the right to sue a member of Amotekun. Amotekun is going to be a disciplined set-up.

“Many people have called in to say some people are travelling and because the roads are insecure they wanted protection from Amotekun but I said we don’t do that type of thing,”he said.

Speaking on the type of collaboration that the Amotekun corps will have with its counterparts in the five other southwestern states, he said: “Initially, the Western Nigeria Security Network Agency was conceived for the South-West but the Federal Government objected to it. I can understand because if the entire Western Region has its security network or agency, it is already a threat to the Federal Government. We had Yoruba people who went to meet them in Abuja to say that the Yoruba would secede if that was allowed.

“Amotekun is out to protect, to bring security, stability and peace of mind; we are not tearing the country apart. Amotekun in Oyo State has to synergise with other states. Something cannot be happening at Asejire and Oyo State would say it is not concerned. That’s where the synergy comes in. If someone commits a crime in Ikire, the security apparatuses in Oyo State would be ready. If there is a kidnap along the boundary of two states in the South-West, the two states will have to look into it. There will be cooperation among the Yoruba states.”