60 percent of Borno teachers not qualified, 1,036 have fake certificates 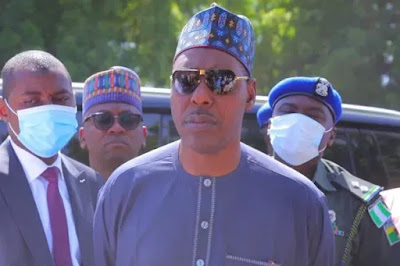 The Chairman of the committee, Dr Shettima Kulima, made this known on Wednesday in Maiduguri while submitting the committee’s report to Gov. Babagana Zulum at the Government House.

According to Kulima, out of the 26,250 screened only 10,103 possessed the requisite teaching qualifications.

Kulima explained that during the screening, the committee discovered anomalies such as staff with fake certificates, those due for retirement but had refused to go, questionable appointment letters, underaged teachers, and those working in multiple places.

Receiving the report, the governor lauded the committee for a thorough job and assured it of his administration’s commitment to sanitising the system.

While noting that education is the bedrock of development, Zulum said his administration placed high premium on education and would not compromise on quality, particularly at the primary school level.

“Let me assure you that government will engage in the recruitment of quality staff, and we will ensure that teachers are motivated.

“One of your recommendations is staff motivation, we will give you the responsibility to fish out the hard working teachers for reward,” Zulum said

“Some are working in two or three places; Biu Local Government Area is leading in the number of such workers.

“Maiduguri Metropolitan Council is leading in workers with fake certificates with about 700 of them, followed by Jere Local Government with 336.

“Konduga Local Government Area has the highest number of those with questionable appointment letters, while Ngala leads with under-aged employees, ” Kulima said.

He noted that the committee proffered 30 recommendations, including staff motivation in order to sanitise primary education in the state.

Kulima said the committee was able to cut the monthly wage bill of primary school teachers after the screening from N693.1 million to N427.8 million.