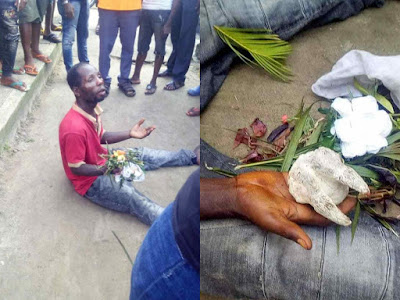 A man has been caught right inside a cemetery in Rivers State.
The man was caught invoking spirits at a cemetery around Bonny area of Rivers state.
A Facebook user, Adolf Ramsom Pepple shared the images and what led to the arrest of the man.
He was caught with fetish items such as an animal tusk, a palm frond in a sponge-like shape, and some other mysterious items.
When interrogated he refused to state his mission there. He is believed to be in his early 40s. 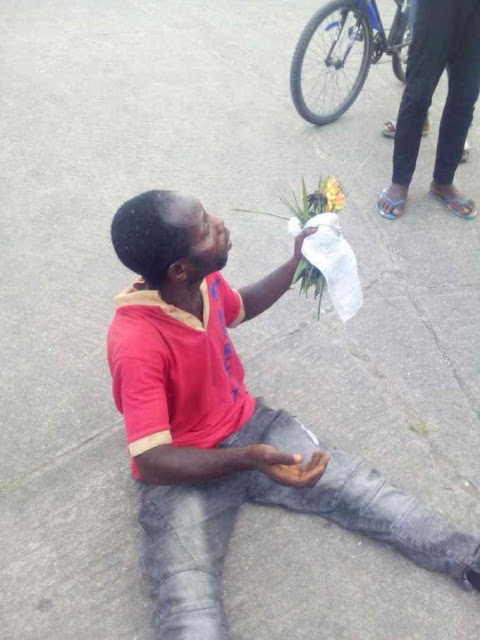 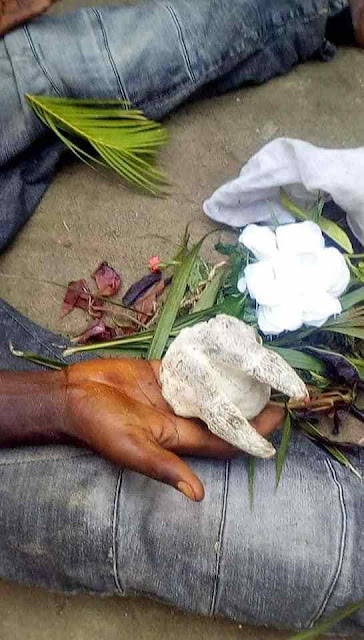 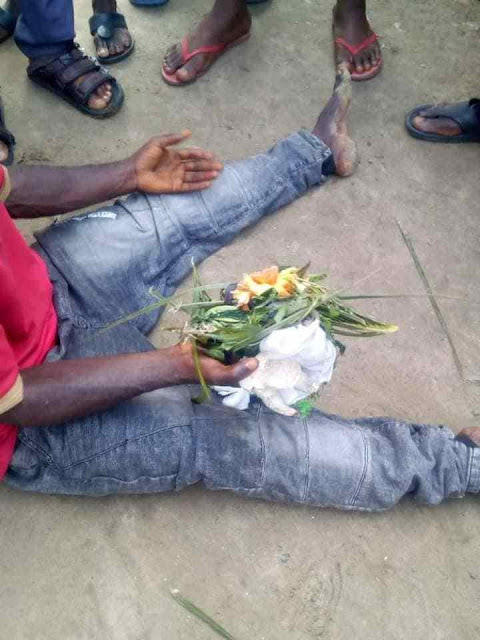 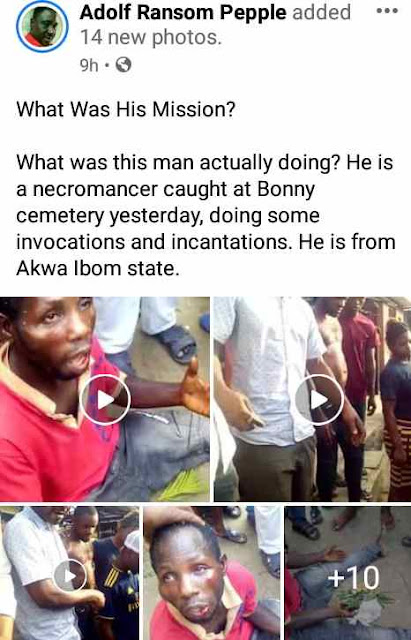 Posted by makarella at 2:38 PM