The cars seized from offenders who violated traffic laws have been put up for auction. 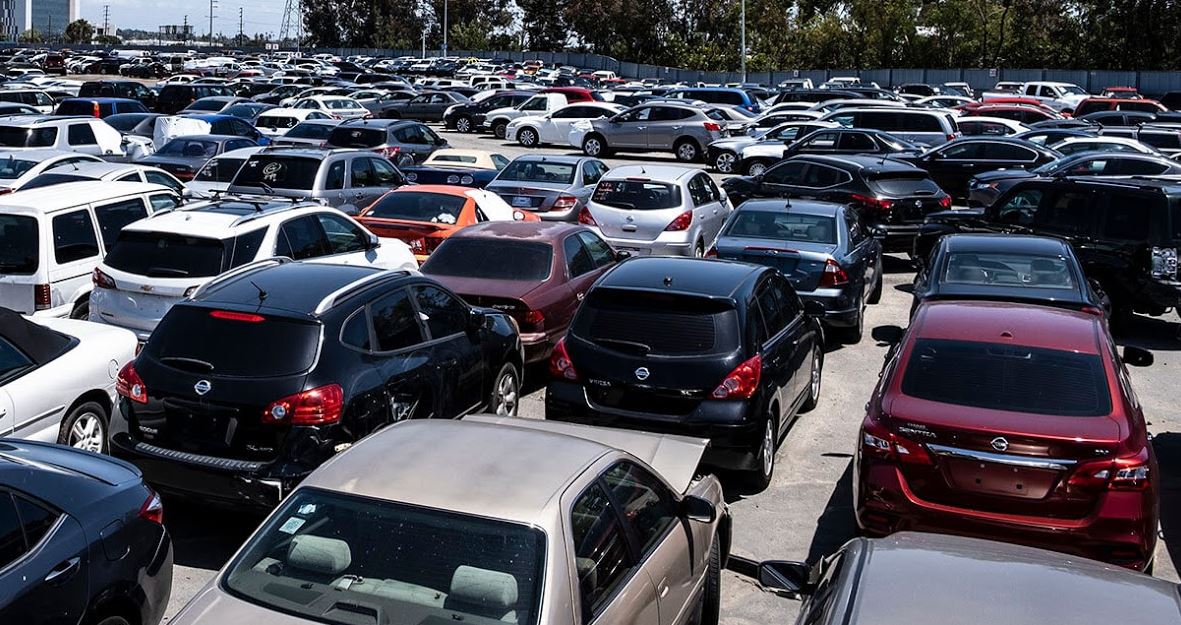 On Monday, November 23, The Lagos State Task Force on the Environment and Special Offences (Enforcement) Unit announced the auction of  44 vehicles seized from traffic offenders in the state.

Gboyega Akosile, the Chief Press Secretary to the state governor, Babajide Sanwo-Olu, made this known via his Twitter handle today, November 23.

''The list below include the name and registration number of vehicles to be auctioned today. These are vehicles of people who drove against Traffic (ONE WAY) In Lagos state.'' he tweeted. 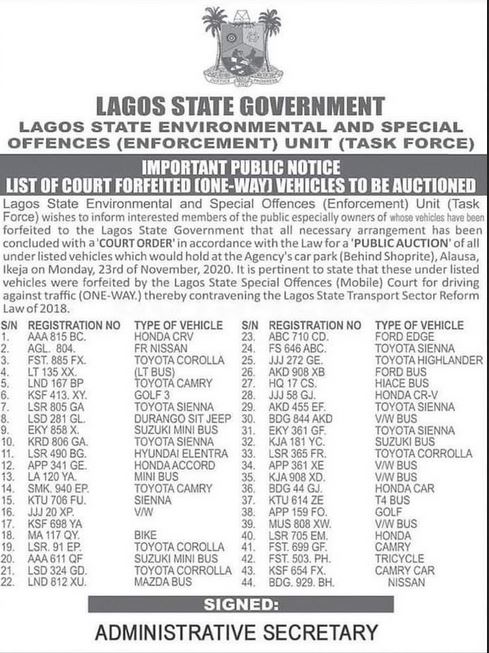 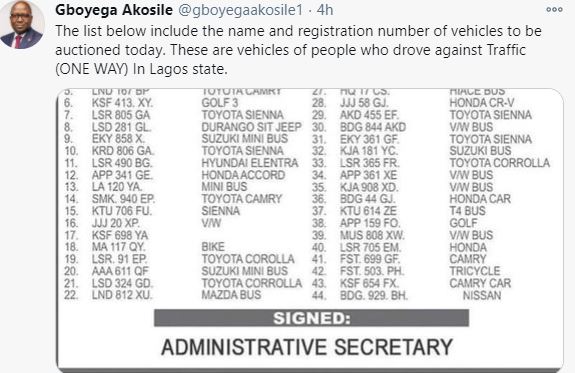