The eight-year-old has a grammy nomination for her participation in the hit track, "Brown skin girl". 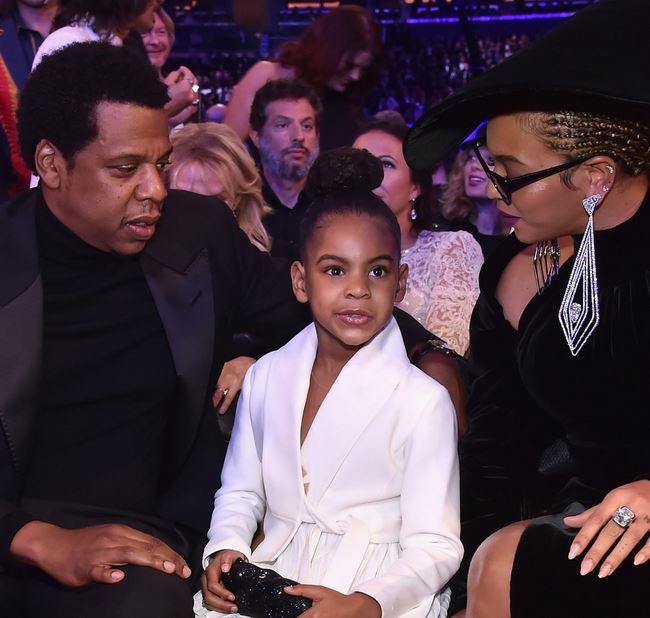 The famous daughter of Jay-Z and Beyonce, Blue Ivy Carter has become the youngest nominee of the prestigious Grammy Awards for her contribution to “Brown Skin Girl.”

This is coming after she made history at the BET Award earlier this year.

Earlier today, the list of nominees for the 2021 Grammy Awards was released, and it saw Beyonce get the most features.

Her hit, Brown Skin Girl, was nominated in the ‘Best Music Video’ category, and Blue Ivy has made history as a result.

Despite being just a child, Blue Ivy has already established quite the recording career. She’s appeared on her father, Jay-Z’s songs “Glory” and “Family Feud,” while also guesting on her mother’s tracks “Daddy Lessons” and “Blue.” She appeared with both of them on their joint project, The Carters, on “SALUD!” and “BOSS” as well.

The eight-year-old won the Her Award at the BET Awards for her contribution to “Brown Skin Girl,” along with her mother Beyoncé, SAINt JHN, and WizKid.

The Her Award celebrates R&B and neo soul, having previously been won by Beyoncé in 2016 for “Formation.” Beyoncé’s sister—and Blue’s aunt—Solange won the following year for “Cranes in the Sky.”