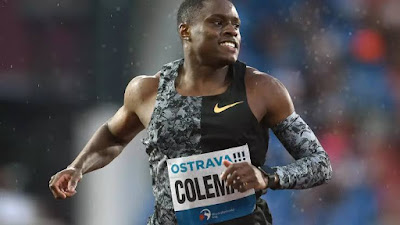 World champion sprinter Christian Coleman has been banned from athletics for two years for anti-doping violations, the Athletics Integrity Unit announced on Tuesday.

The American, who won the men’s 100 metres at last year’s world championships in Doha, was provisionally suspended for three ‘whereabouts failures’ in June.

World Athletics’ Disciplinary Tribunal upheld the charge and banned Coleman for two years, backdated to 14 May, 2020.