Update: Policeman who shot lady in the mouth is her boyfriend- Lagos police PRO Muyiwa Adejobi 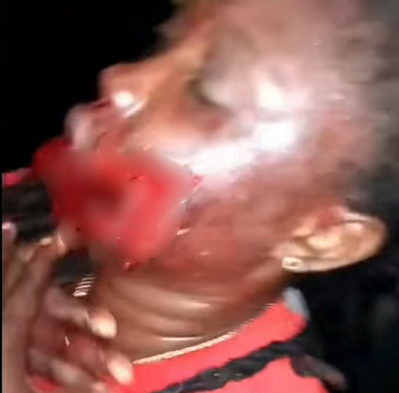 On Thursday night, October 8, a video showing a lady who was allegedly shot in the mouth by a mobile police officer at Salvation bus stop at Opebi, Lagos State, went viral .

Adejobi added that the police have visited the hospital where the lady was rushed to and will give more information when she is stable and has been interrogated. He said efforts are being made to apprehend the erring officer.

See video from the scene of the incident after the lady was shot below.