Unleashing military on protesters will be disastrous, regrettable – Apostle Suleman 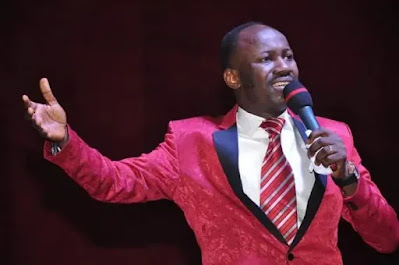 Pastor of the Omega Fire Ministries, Apostle Johnson Suleiman has warned against using the military to stop the #EndSars protests in Nigeria.
The pastor said this in reaction to the Nigerian Army which is set to begin its annual exercise, Operation Crocodile Smile despite the nationwide protest in the country.
The military exercise set to begin is believed by many to counter the protest that has lasted over two weeks. Hence, the cleric has warned that any attempt to clampdown on the peaceful protesters would be disastrous.
Apostle Suleiman said “Attempting to break the youths by unleashing the military will only open up new demands. That will be disastrous and regrettable.
Posted by makarella at 10:34 AM