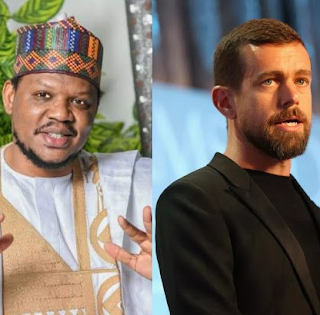 Twitter CEO has tweeted his support for the #EndSARS movement again after being threatened by former presidential aspirant, Adamu Garba.

Garba asked Jack Dorsey to stay away from Nigerian politics and threatened to sue him for supporting a protest that "has transformed into a political agitation, capable of breaking law and order in the country" .

The threat came after Dorsey tweeted support for the protests holding in Nigeria to end SARS and police brutality.

"#EndSARS" he wrote simply with an emoji of a raised fist in the colours of the Nigerian flag.

Posted by makarella at 9:25 AM