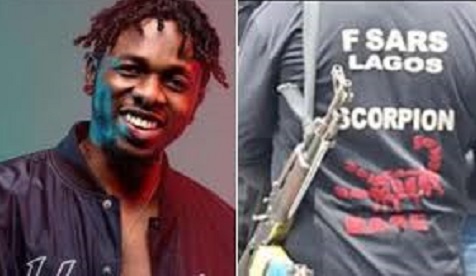 Just after Naira Marley cancelled his #EndSARSBrutality protest today, fellow entertainer who had said he will be leading a protest on Thursday, 8th of October, to demand an end to police brutality has VOWED to lead his own protest.

As a matter of fact, Runtown made the vow shortly after Naira called off today's protest.

He says time is 10am. And venue/take off point is Lekki Phase 1, Toll Gate.

Runtown is demanding the Government ''must listen to us, they MUST make/effect REAL and VISIBLE changes! Empty promises won't work this time!!!'', he said on twitter.

''Let's all come out to peacefully reach out to our "Elected" leaders beyond social media!!!'', he wrote in another tweet.