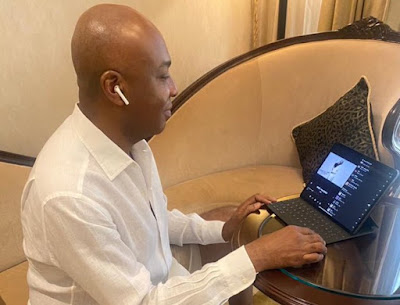 Bukola Saraki has endorsed Wizkid's new album -- Made In Lagos, describing it has a ''brilliant end to what has been a long and eventful month''.

Recall the album was supposed to drop at an earlier date which fell during the EndSARS protests. The young singer then decided to postpone it and only just released it.

The former Senate President says the track Grace is his fav.

He looks good too by the way. 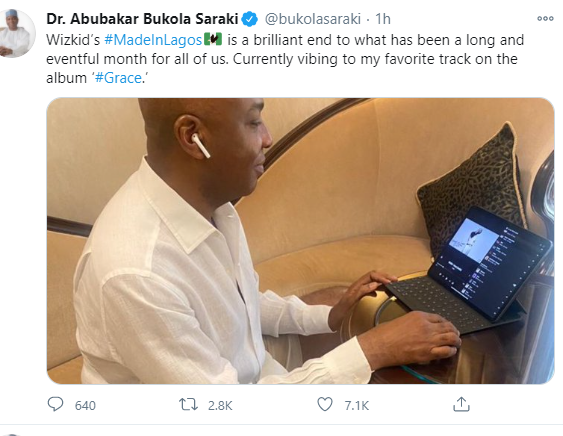