Russian Woman Joins #EndSARS Protest In Lagos, Reveals Why She Did So

A Russian woman has joined thousands of other Nigerians to protest against the police in Lagos. 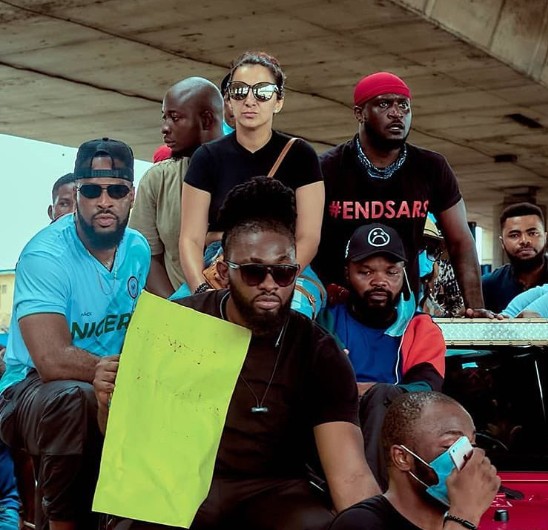 Fari Elysian
A white woman from Russian has joined other Nigerians to protest against police brutality.
Fari Elysian from Russia stunned everyone as she joined Lagos protesters for the #EndSARS protest and later took to Twitter to explain why she chose to participate.
Fari Elysian posed with Uti Nwachukwu, Peter Okoye, Nedu, Teddy A, and MC Lively at the protest.
She captioned the photo:
"As Oyibo I dey vex !!! My fellow people can’t travel to Nigeria because of security issues! Naija would have been the most touristic country in Africa, but government no dey try at all! #EndSARS #EndSWAT #EndPoliceBrutalityinNigeria." 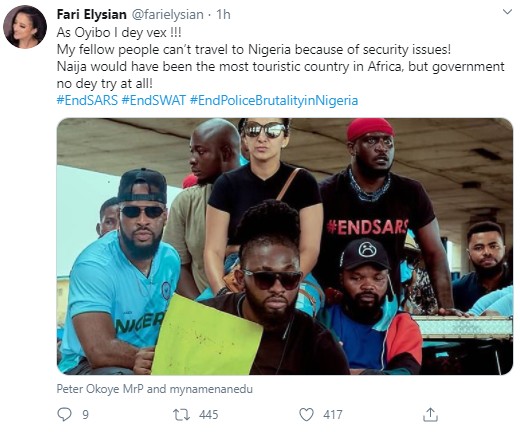 Posted by makarella at 3:48 PM