Photos Of Fraudsters And Armed Robbers Nabbed By Police In Oyo

The suspects were arrested for fraud through a money-doubling Ponzi scheme in Igboho, in Oke Ogun geopolitical zone of the state. 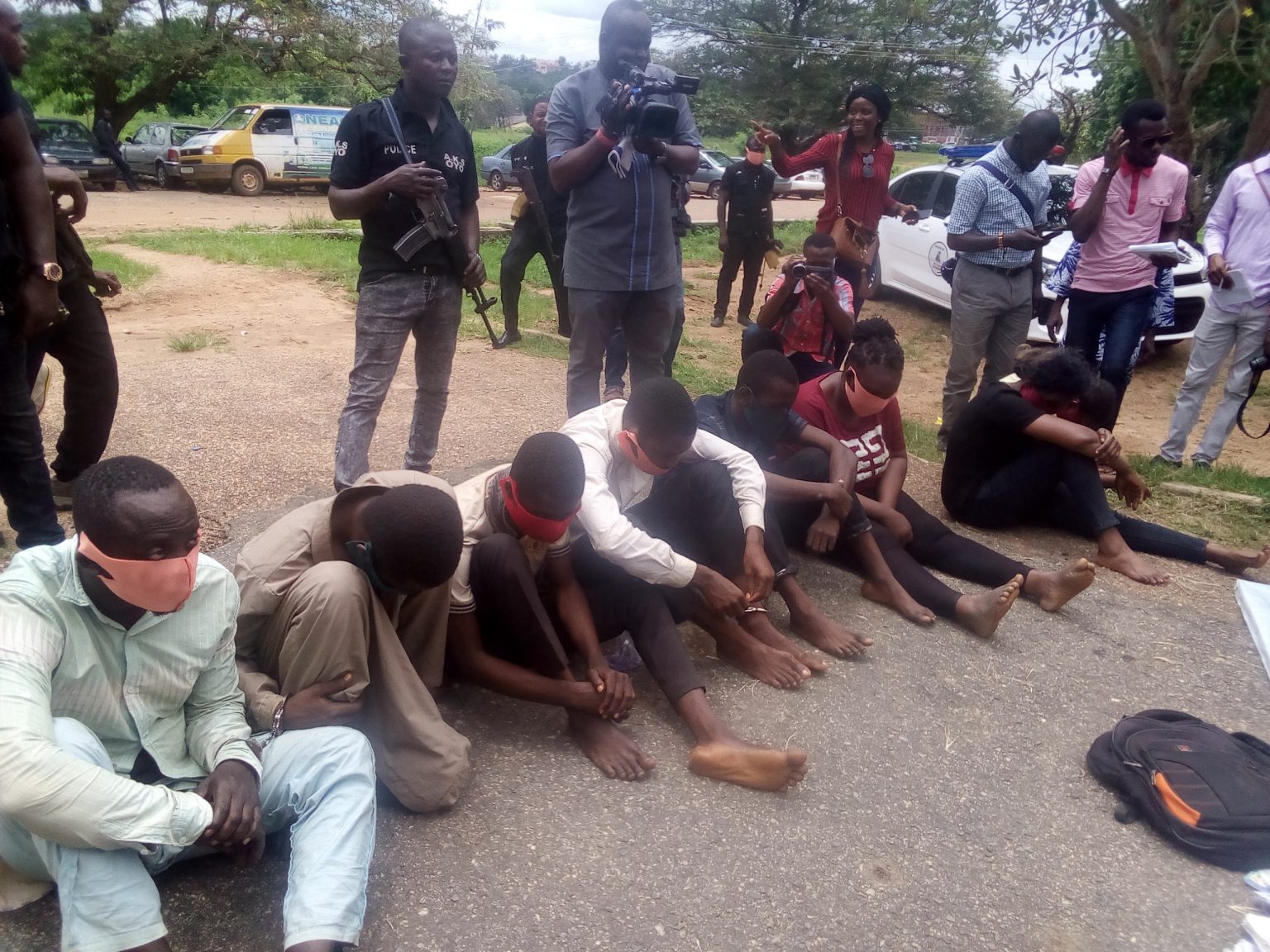 According to a report by Daily Post, the Oyo State Police on Thursday said that no fewer than eight (8) suspected fraudsters who have been defrauding some members of the public have been arrested.

It was gathered that the suspects were arrested for fraud through a money-doubling Ponzi scheme in Igboho, in Oke Ogun geopolitical zone of the state.

The suspects were arrested in Badagry area of Lagos state where they had opened another office.

Commissioner of Police, Mr. Joe Enwonwu who paraded the suspects during a press conference in Ibadan, added that the sum of two hundred and five thousand naira was recovered from the eight suspects. 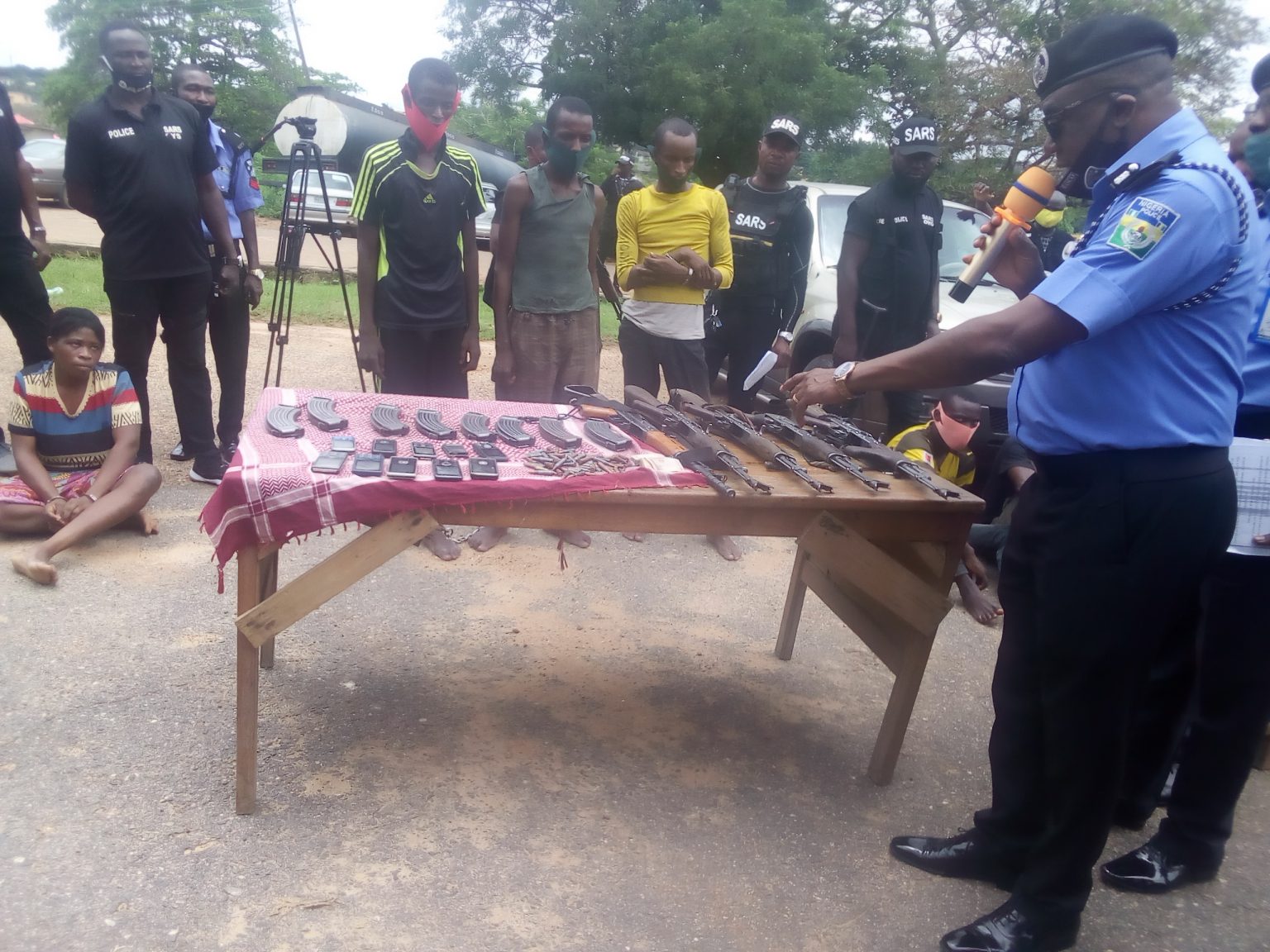 Enwonwu said, “Sometimes in August 2020, some members of a notorious gang of fraudsters who specialized in swindling members of the public through money-doubling Ponzi scheme stormed Igboho town and induced many unsuspecting members of the public to part with huge amounts of money amounting to two million, seven hundred thousand naira (N2,700,000.00) by introducing them to a scheme they termed ‘Social economic development programme’.

“The fraudsters who operated under the name and style noble city global concept induced the unsuspecting members of the town to part with their money under the pretext that they receive in multiple folds within forty-eight hours any amount they invest.

“However, as soon as they received monies from the victims, they disappeared into thin air and all efforts to reach them proved abortive.

“A team SARS operatives swung into action and after discreet investigation, the members of the criminal syndicate were arrested in Badagry area of Lagos State where they had opened another office and swindled so many other members of the public and they confessed to the crime”. 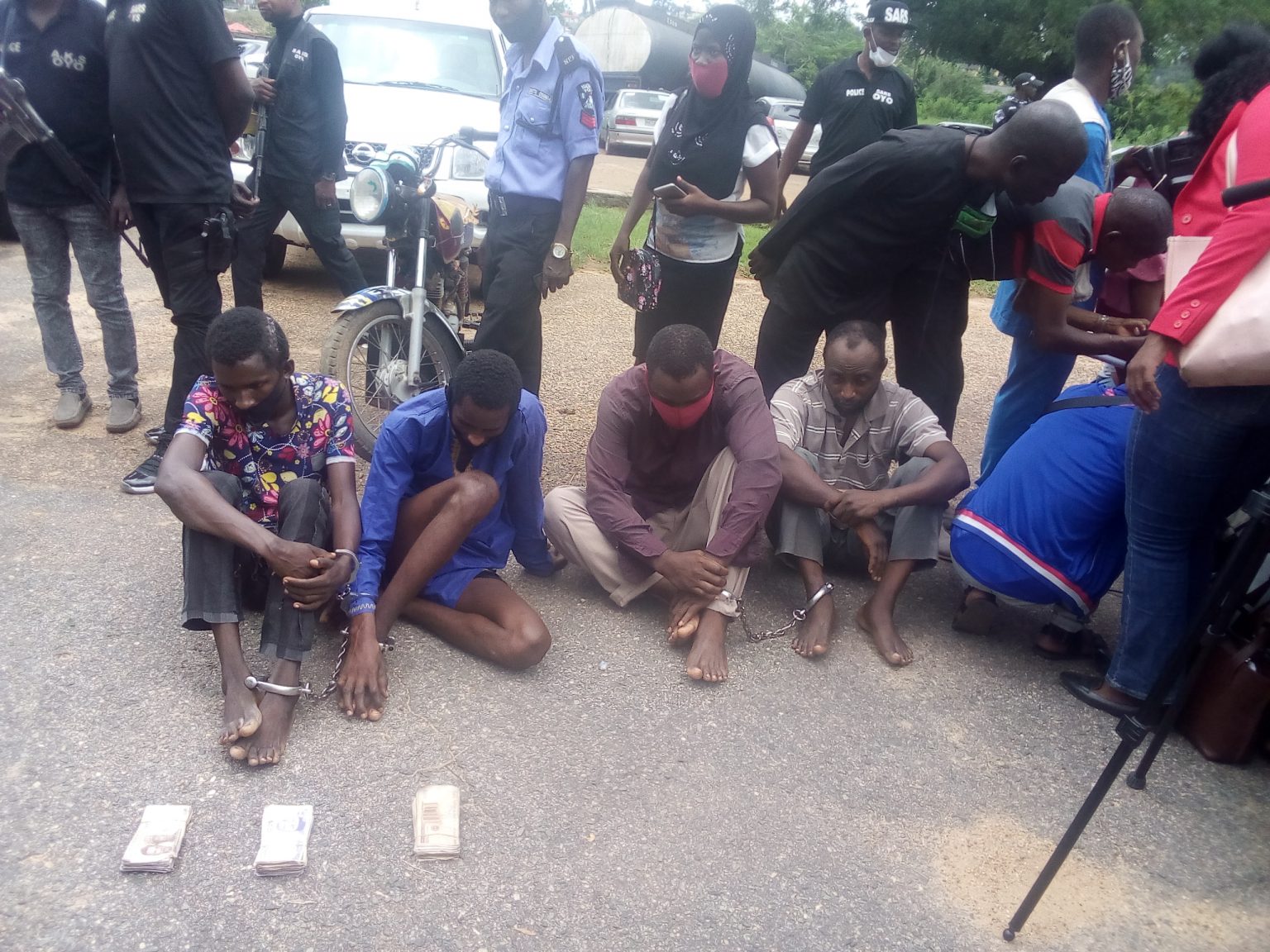 Enwonwu while speaking further added that ten armed robbers and criminal receivers were arrested in connection with various criminal incidents in the state.

The suspected criminals included Divine Chinedu and Oluwasola Adewumi who were arrested with a ford escape jeep.

Others are; Jimoh Yahya, Jimoh Lukman who were arrested in connection with robbery incidents in Saki town and six other criminals.
Enwonwu said that one jeep was recovered from both Chinedu and Adewumi, while one locally-made gun, two live cartridges, nine cell phones and sim cards, Iad cards and ATM cards were received from Yahaya and Lukman.

“On 29th September 2020, at about 2130hrs, information was received at SARS office Dugbe Ibadan that the kingpin of a notorious gang of armed who specialized in snatching exotic cars from members of the public was sighted at Liberty stadium area where he sold one robbed ford escape jeep with registration number YAB 812 EB to his criminal receiver”.

Posted by makarella at 5:55 PM