A commuter who preferred to be identified as Adebisi Ajala has told her traffic experience and it is one that she would live to remember but usually uncomfortable to narrate. 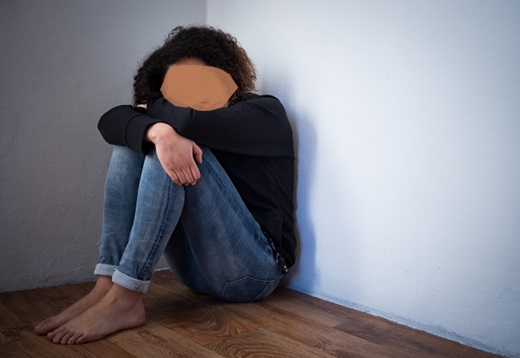 There is no doubt that the traffic congestion has seemingly become a never-ending tale in Lagos and residents have often groaned about it.

Quality man-hours are usually lost in gridlocks to the detriment of the wellbeing of families and their breadwinners who commute daily to either offices or their business destinations.

Several persons have tales to tell about their experiences in energy-sapping traffic gridlocks. Many of such stories are undoubtedly unpleasant. For a commuter who preferred to be identified as Adebisi Ajala (coined name), her traffic experience is one that she would live to remember but usually uncomfortable to narrate.

She told our correspondent, “I usually hear of energy-sapping traffic gridlocks but I have never been stuck in one for more than an hour. When people narrate how long they spend in traffic, I am always amazed because I have never experienced long hours in traffic.

“The day I experienced a rough gridlock was when I went to visit a friend. The journey started on a good note. It was a bright, sunny morning. I promised her that I would see her on that day and we would hang out at a park in their neighbourhood. I set out at 10am from my place at Ikoyi to Magboro in the Obafemi Owode Local Government Area of Ogun State. Normally, the journey ought to last less than an hour but I ended up spending seven hours on the road. It was one of the worst days of my life.

“It was a smooth ride until I got to the popular 7UP bus stop where it all started. I thought it was the usual Lagos traffic even though it was on a Sunday; a day one would likely expect minimal traffic on Lagos roads.

“My Uber driver was able to manoeuver and soon we were already at Otedola Bridge. As soon as we got there, the road became totally blocked and cars couldn’t move any longer. After waiting for 45 minutes, I decided to end the trip and move on. Everyone got out of their cars to gape at the long column of vehicles stretching to the Ojodu Berger area. I decided to trek to Ojodu Berger. As soon as I got to Berger, there was a crowd at the bus stop waiting for buses to convey them to their destinations. Few minutes later, a bus arrived and I was among the lucky ones to secure a seat on it. It was the worst decision I ever made. I should have returned home but I was determined to meet my friend.”

She said unknown to her the traffic stretched beyond Ojodu Berger, but as the bus snaked out of the park towards the Lagos-Ibadan Expressway en route Mowe-Ibafo, it seemed clear until it got to the Long Bridge.

“That was where the traffic got worse. We spent three hours on the same spot. Suddenly, I began to feel uncomfortable as my stomach ached. I realised that I was in trouble. I needed to urgently use the restroom. There was nothing I could do; I was stuck on the Long Bridge with no help. My stomach kept aching and I wanted to cry at that point. It was the worst feeling ever. I began to pray within me for the pain to subside. It did and for a moment, I thought I was fine. But it was a false hope as the aches suddenly worsened. I couldn’t speak to anyone; I couldn’t tell other passengers what I was feeling at that point. I knew I was in a mess.

“The next thing I knew, I defecated on my body. I couldn’t believe it. I furtively stared at other passengers to watch their expression. But surprisingly, no one noticed anything. I was relieved after the embarrassing act.’’

Ajala stated that for another two hours after her defecation, the bus barely moved few metres as she felt disgusted with herself.

“I wanted to cry. I could perceive the stench so also was the driver whom I sat beside. But I’m sure he never imagined the smell would be from inside the bus. Luckily, the smell wasn’t bad and people on the bus didn’t really perceive it.

“Eventually, after eight hours on the road, I arrived at my destination. Hastily, I alighted from the bus and my dress was soaked. I rode on a commercial motorcycle popularly called okada immediately to my friend’s house. When I arrived at her house, I had already stained the seat of the bike. The rider was angry at what happened. But my friend apologised and arranged for his bike to be cleaned. I rushed to her bathroom to clean myself as I stepped into her room.

“It was the worst experience of my life. I couldn’t believe I spent eight hours on the road. I still remember the incident and when I narrate it to people, they laugh it off but I do not find it funny. The experience has put fear in me.  Whenever I was in traffic, I got scared not to go through that horrible experience again. If an outing isn’t important, I do not go out.’’