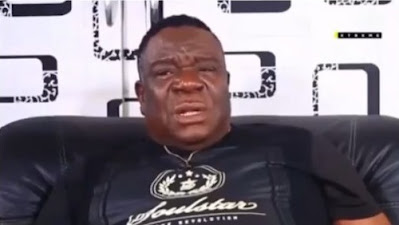 John Okafor popularly known as Mr Ibu has revealed that his big stomach is not as a result of alcohol because he doesn't drink but it is as a result of POISON from a staff.

He revealed he was sometime ago poisoned by a staff and if not for God he would have died. They took him to places, where he gradually got healed, as the poison moved down from his stomach to his feet and they got swollen too.

In the video, he also revealed, some people paid his staff at work to poison him in the office -- a second attempt. He said they did, and no matter how he shouted and screamed for help, none of them came in to assist him. Today they have all vanished and no longer work for him. Watch the very touching video below...

In all he gave God the glory, saying he loves God so much and thanked Him for saying it is not his time to go yet.

“I don’t take alcohol up till now. Some people say I don’t take Alcohol yet my stomach is big, The belly is an idiot. It was after they gave me that poison. It was bigger than this before. If you had seen it, it was like a foam. I took medicine and it began to come down. Before I wasn’t able to see my legs.

They took me to Nnewi, saying we had a show. They held me there and beat me up. They beat me and then inserted poison in my mouth and ran away, leaving me there. It was my boys and dancers that came and carried me home. It was in Enugu that I woke up. God said no, you are not going yet.” he said. 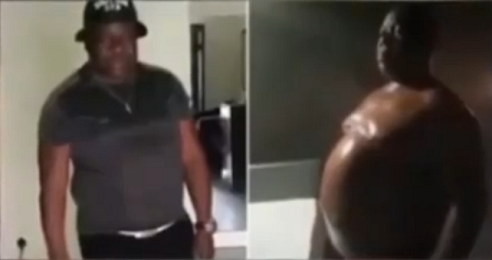 Posted by makarella at 5:49 PM