Instagram has now apologized for the error, as they admitted to letting people down at that time of need. 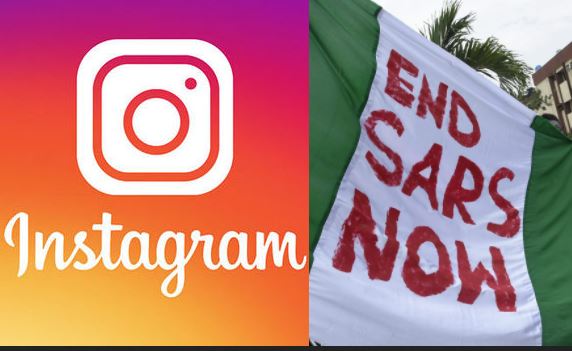 Popular Social media platform, Instagram has tendered an apology after incorrectly flagging contents in support to the #EndSARS and branding it "Fake News".

Though many feel the damage has been done already by the social media company.

In the aftermath of the Lekki shootings by military men, many Nigerians took to social media to show solidarity of the victims, and #EndSARS protesters.

It came as a shock to many when Facebook began to flag the #EndSARS content, and marked them fake news.

Many took to Twitter to complain about the development as Mark Zuckerberg was called out by many Nigerians. 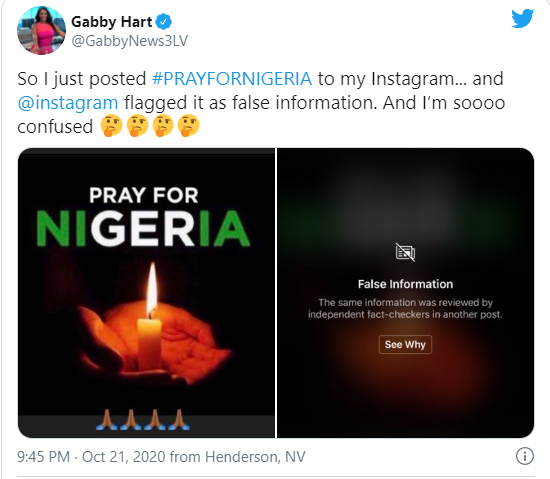 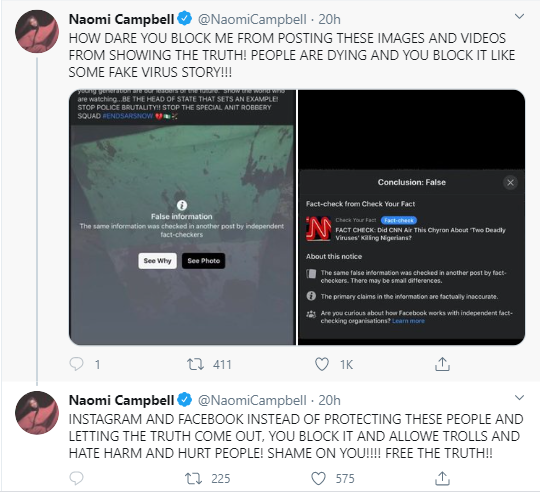 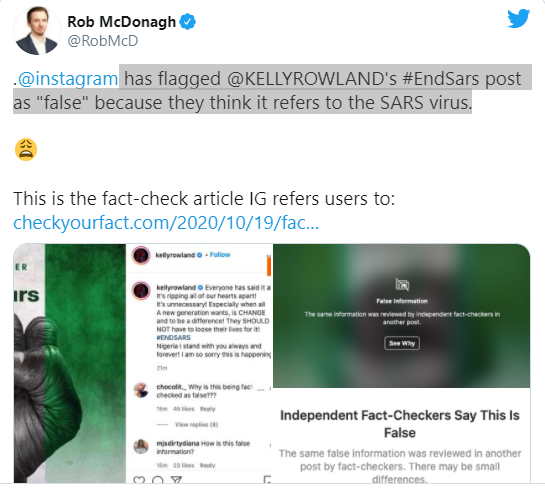 In reaction to the startling development, Instagram has now apologized for the error, as they admitted to letting people down at that time of need.

“Yesterday our systems were incorrectly flagging content in support of #EndSARS, and marking posts as false. We are deeply sorry for this. The issue has now been resolved, and we apologize for letting our community down in such a time of need.”

In reaction, Nigerians have now said the apology is a waste of time, as the damage has been done already by the social media company.