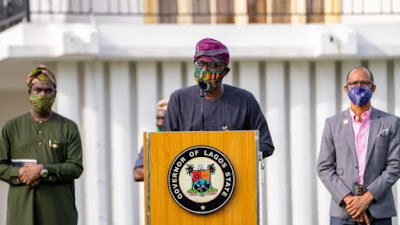 On Tuesday evening, October 20, men in army uniform suspected to soldiers of the Nigerian Army invaded a peaceful protest at Lekki toll gate in Lagos, killing #EndSARS protesters in the process.

Giving an update on the Lekki shooting during a live interview on CNN, Sanwoolu disclosed that according to CCTV footage gotten from the scene of the shooting, officers of the Nigerian Army were responsible for the attack.

Also claims that justices will be served as soon as possible.