EndSARS: You Are full of Sh*t ... Trey Songz blast BuharI 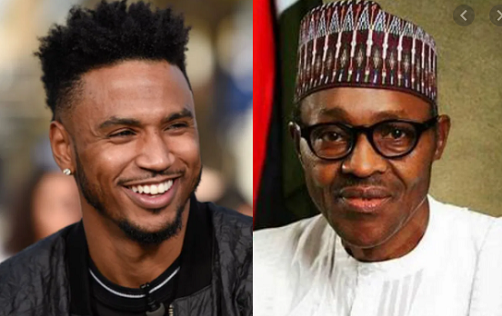 American singer, Trey Songz has taken a swipe at President Mohammadu Buhari over his alleged non-challant attitude towards the call for an end to police brutality in Nigeria.

There had been nationwide protest against the unlawful activities of the officials from the Special anti-robbery Squad, SARS, which has attracted a lot of reactions from celebrities all over the world.

The Inspector-General of Police, Mohammed Adamu on Sunday dissolved the unit, ordering all officers and men of the now defunct Special anti-robbery Squad to be redeployed with immediate effect. 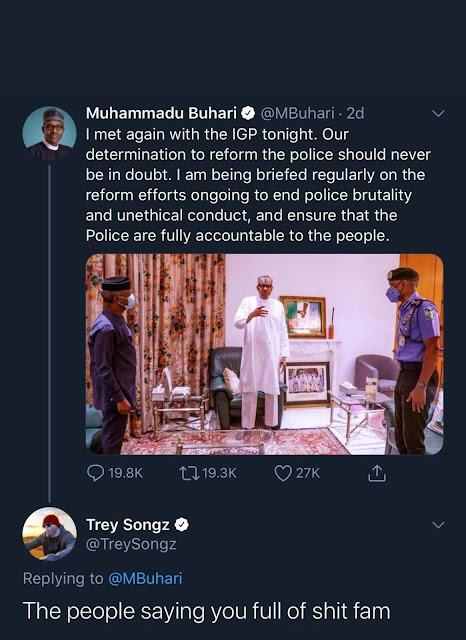 He also faulted the new policy released by the IGP, stating that re-employing the same men into other offices wasn’t a good plan. 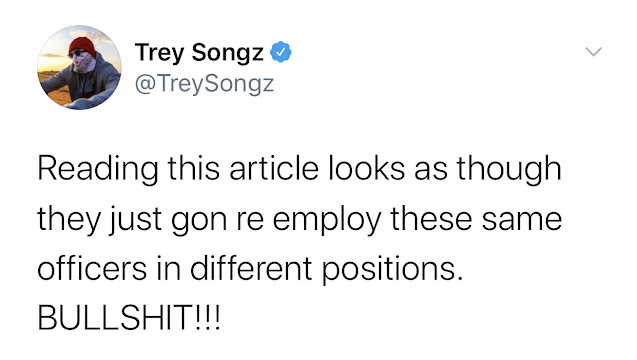 He wrote “The people saying you full of shit fam.

“Reading this article looks as though they just gon re-employ these same officers in different positions.