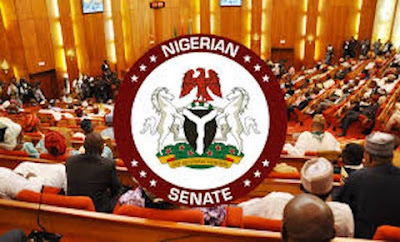 The Senate has asked President Buhari to address the nation immediately on the current nationwide protests by youths against police brutality and bad governance.

The Senate also directed the police to offer protection to the #EndSARS protesters to prevent hoodlums from hijacking their genuine action.

The Senate decision was sequel to a point of order by Senator Biodun Olujimi, titled, “#EndSARS: The need for a comprehensive reform”

The federal lawmakers urged the protesters to stop their agitation on the streets while the Federal Government address their demands.

Posted by makarella at 4:23 PM