The protesters shared their grievances as they accused the officer of intimidation. 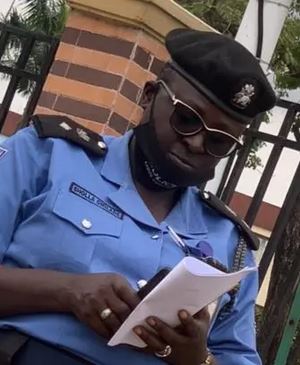 Some #EndSARS protesters in Lagos state have accused Sholla Omilade, a female police officer for allegedly telling protesters that they are “wasting their time” for demanding that the FSARS should be scrapped in the country.

According to Twitter influencers who were part of the all night protest held in Lagos State, the protesters shared their grievances as they accuse the officer of intimidation.

One of the protesters wrote;

“Hello Sir. @jidesanwoolu One of your staffs told peaceful protesters and I quote “ Hope you people brought a Mat so you can sleep here, because you are wasting your time “ Not everyone understands the plight of a Normal Civillian”

While another social media and influencer Rinu, said;

“This is a whole DPO in Lagos. She treated us like nuisances!… Even while we were being harassed? Smirks! Because she heard she trended on the media today. Posterity will never be kind to you!”