According to a CT scan report, Ojabodu now suffers brain swelling and has lost control of his fingers. 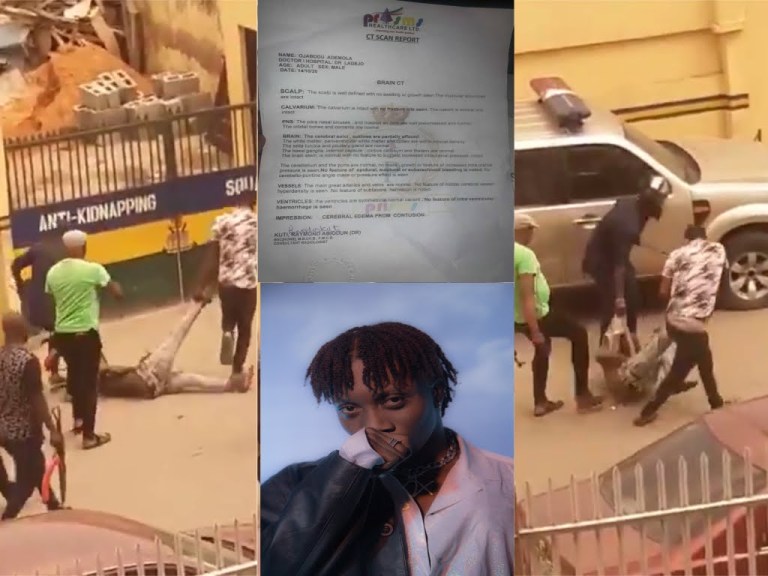 A photo grid of how Policemen drag Ojabodu Ademola to the station, his hospital report

Ojabodu Ademola, a Nigerian artiste manager has been reported to have a swelling in his brain.

Ademola who is the manager to Nigerian singer Oxlade, who was arrested by the Police for disrupting peace in Surulere, is now reportedly suffering from brain swelling.

PM NEWS notes that Hon. Desmond Elliot facilitated the release of Ojabodu and six others who were arrested in Surulere.

Although, Ojabudu was arrested and dragged by the Police in Surulere, he was later transferred to Panti.

According to a CT scan report, Ojabodu now suffers brain swelling and has lost control of his fingers.

Posted by makarella at 4:05 PM