#EndSARS Olamide: “I Would Have Joined The Protest If I Was In Nigeria”- Olamide

Olamide Adedeji revealed that he is not currently in the country and would have participated if he was. 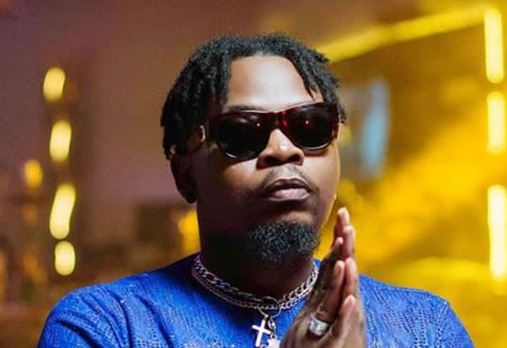 Popular Nigerian singer, Olamide Adedeji, has stated that he would have participated in the ongoing #EndSars protest if he happened to be in the country.

This is coming as stars like Falz, Tiwa Savage, Runtown and others joined the nationwide protest.

Nigerians across the country are currently protesting the flagrant human right abuse by officers of the Special Anti-Robbery Squad (SARS) unit of the Nigeria Police Force.

They are also protesting against police brutality, and have been joined by celebrities like Toke Makinwa, Tiwa Savage, Falz and Runtown.

Recall that popular rapper Falz and sound god Runtown, vowed to lead #EndSars protest few days ago, after it was reported that singer Naira Marley called of the protest

Taking to his social media page to commend his colleagues who have joined the movement, Olamide Adedeji revealed that he is not currently in the country and would have participated. He wrote;

“Tiwa Run Toke Falz jaywon jamopyper and so many others… I even see my manager Flexed biceps shiii everybody don fall out on d #EndSARS matter. So sad I’m not in NIG atm to show my support but I’m with d people of Nig in spirit. Everyone who’s out there protesting I salute your bravery.”
By makarella at October 08, 2020