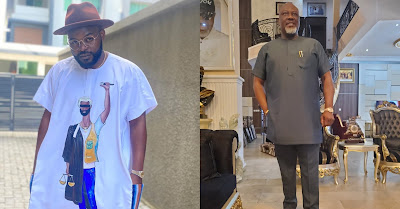 Folarin Falana popularly known as Falz has mocked former Senator, Dino Melaye in the wake of the #EndSars protest.

The ex-Senator had tweeted in support of #EndSars protesters, but Falz was fast to correct him saying, he shouldn't act like he is 'one of us' and said the youths would be coming for them soon.

Melaye had said the government had no power to place a ban on protests.

“Oga no dey form like say you dey with us! We go soon face una matter, Falz tweeted.

Posted by makarella at 9:42 PM