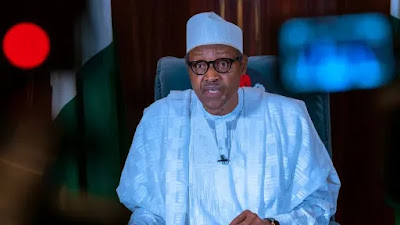 President Muhammadu Buhari has expressed his regret at not working longer with a former Inspector-General of Police, Solomon Arase.

This was revealed by presidential spokesman, Femi Adesina, in his weekly article.

Arase was appointed by former president, Goodluck Jonathan, in 2015 and worked under Buhari until 2016 when he retired.

Adesina said Buhari, who has always had it in mind to reform the police, was impressed with Arase’s performance and wished he worked with him “to birth the police of his dreams”.

He added: “Talking of reform of the police, I know the mind of the President on that issue. Sometime in the early days of the first term of the administration, I had dropped into the house one night. And it was a few days to the exit of the then Inspector General of Police, Solomon Arase, who was going into retirement.

“The President told me how much he had been impressed with Arase and how he regretted that the man spent just about a year with him. He then told me of the police of his dreams.”

There has been unrest across Nigeria over police brutality which triggered the #EndSARS campaign.

Amid the protests, there were calls for the resignation of the current IG of Police, Mohammed Adamu.