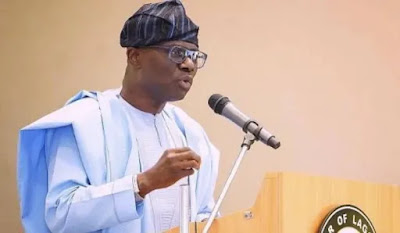 The Governor of Lagos state, Babajide Sanwo-Olu, has revealed the names of the policemen who harassed protesters at the Area C Command Police Station in the Surulere area of the state.

Sanwo-Olu, in a media briefing on Thursday, gave their names as Bagou Michael, Ekpoudom Etop, Nnamdi Madura and Akinyemi Benson.

According to him, the officers have all been apprehended.

Sanwo-Olu once again warned against any attacks on protesters in the state.

The Governor denied knowledge of the incident at Alausa earlier in the day and insisted the ‘BRT bus’ involvement is false.

Posted by makarella at 7:49 AM