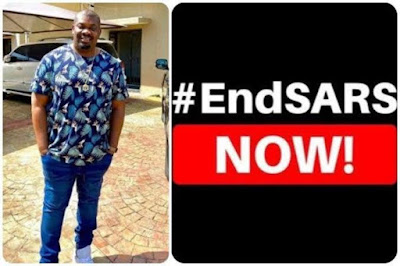 He confirmed it today, on Saturday via his official Instagram page.

The Mavin CEO posted a video of himself walking alongside other protesters.

Other celebrities like Timi Dakolo, Noble Igwe, VJ Ehiz from MTV Base were also there.

Posted by makarella at 5:20 AM