Chadwick Boseman last movie to be released in December 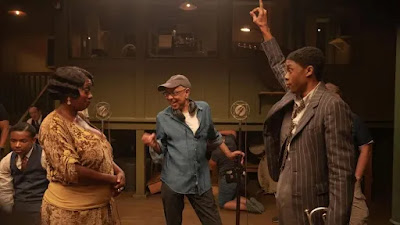 The film, set in 1920s Chicago, tells the story of “Mother of the Blues” Ma Rainey, who is fighting with her white manager and producer for control of her music.

The movie is an adaptation from August Wilson’s 1984 play of the same name. Chadwick Boseman acted as a trumpeter in Ma Rainey’s session band called Levee.

Levee is “determined to stake his claim on the music industry” and “spurs his fellow musicians into an eruption of stories revealing truths that will forever change the course of their lives”.

The movie wrapped production in August 2019, six weeks after production began meaning Boseman was aware of his cancer diagnosis.