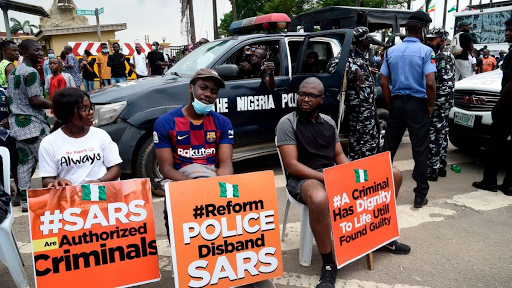 The Inspector-General of Police, Mohammed Adamu, has announced the dissolved the Federal Special Anti-Robbery Squad (SARS) of the Nigeria Police Force.

He said the operatives will be redeployed to other police formations and commands.

Adamu announced this in a live broadcast on Sunday.

The announcement came after days of online and offline protests against the brutality and extra-judicial killings by SARS operatives nationwide.

At the briefing, the IGP said, “The Federal Special Anti-Robbery Squad of the Nigeria Police Force otherwise known as SARS is hereby dissolved in all the 36 states police command and the Federal Capital Territory.”

Posted by makarella at 2:03 PM