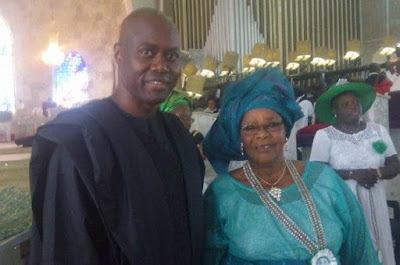 Though there is no official statement from governor’s family yet, OYOINSIGHT.COM learnt that Mrs. Makinde, who celebrated 80 early this year, was said to have died in the early hours of Thursday.

Makinde, OYOINSIGHT.COM recalls, had described his late mother as a disciplinarian, straightforward and blunt woman, who says things the way they are, Makinde noted that he took a little bit of his mother’s virtues.

He said, “Actually, while growing up, when I saw other kids being given Christmas presents and I went to my mother to request for mine, she would tell me if I did not receive such presents yesterday, definitely I didn’t deserve them today. So, she is blunt to a fault. She says things the way they are and I think I took a little bit of that. We planned big for this birthday, but mama did not let us have it the way we have planned for it. When I asked her why, she replied that when my father turned 75, we had a big birthday event for him and he died one year after. So, I think Mama is not ready to die.”

He continued, “At 80, my mother is actually not growing old but only getting matured. I pray that she will have many more fruitful years on the surface of the earth. On behalf of the family of late Pa Olatunbosun Makinde and the Omorege family from Benin and Akure, I thank all of you and pray that you won’t be found wanting on the day of your celebration. Divine blessings, which are from the Lord, will locate us all in Jesus’ name”.