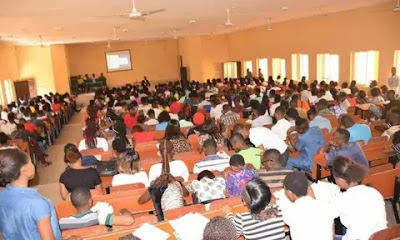 As government prepares to reopen schools in the country, there are indications that colleges of education may not reopen soon.

The indication came following a directive by the College of Education Academic Staff Union, COEASU, Thursday that lecturers begin preparation for a possible strike which it explained, was meant to address some pending issues with the government.

The body,at a press conference addressed Thursday, in Abuja,directed members to immediately withdraw their services until pending issues it has with the government were addressed.

Addressing newsmen at the event attended by the executive members of the union,COEASU president, Nuhu Ogirima,claimed that the government failed to release the outstanding N441 billion resulting from the received needs assessment of the federal colleges of education.

According to him,the government has disappointed Nigerians given that in the education sector,almost all the unions are embarking on strike over poor funding and neglect.

The COEASU president regretted that many correspondences sent to draw the attention of the federal government to attend to the demands of the federal colleges of education in the country failed.

According to him, the development has left the union with no option than to begin a series of actions which will lead to full blown nationwide strike as soon as school reopen.

He said that the National Executive Committee of the union will be meeting to approve further actions to compel government to respond their demands which he said included poor funding and neglect of infrastructure of the institutions.

He said:”While the relative huge allocation to the university sub-sector in the period can be understood for obvious reasons of their enormous responsibilities and quite divergent services, that of the polytechnics, with similar conditions of service and related infrastructure with colleges of education remains higher till date.

The COEASU chairman, who also said the needs assessment of the public colleges of education was conducted and a report made in 2014,added that the initial cost implication of the exercise was over N900 billion.

Noting that the implication of the report impacted on all aspects of the infrastructure of public-owned colleges of education,he said the current administration requested for a review in 2017, which was done and the reviewed report, with the cost implication of N456 billion was submitted to the federal government in the first quarter of 2018.

“The union had to embark on another agitation in 2018 before a paltry N15bn was pledged as a palliative.

He regretted that nothing has been released by the federal government more than two years after the commitment was willingly made,.

COEASU President also alleged that federal government has been manipulating academic staff salary with “the imposition of the Integrated Personnel Payroll Information System (IPPIS) and the unilateral stoppage of payment of academic staff on sabbatical leave, imposition of non=negotiated Personal Income Tax, to overdeduction of payable amount of Contributory Pension Scheme (CPS)”.

He added:”Other impropriety which the IPPIS has engendered is the non-remittance of third-party deductions especially for staff cooperative societies and the statutory union check-off dues [in contravention of ILO Convention and its own Laws.

These recurring challenges engendered by IPPIS reaffirms the Union’s earlier conviction against the implementation of the pay platform in COEs, as a tertiary institution, and thus strengthens her resolve to remain opposed to it. Alternatively, a pay model consistent with tertiary education administration and management should be developed for the tertiary education sub-sector.

“From the foregoing, it is quite evident that the Union’s agitation is an existential struggle geared towards revitalization of the COE system. As the main entity for the training of the teachers and managers of the foundation level of the nation’s education system, the sustained neglect of COEs portends a grave implication for the development of the event

“So, the union hereby formally declares that all options are open for an industrial action against FGN and some notorious state governments. The public should take notice that the NEC sha|| reconvene shortly to unveil the series of measures that the union shall take towards bailing the COE system from the doldrums and further decadence inherent in the wanton neglect by government.

Posted by makarella at 7:24 PM

Email ThisBlogThis!Share to TwitterShare to FacebookShare to Pinterest
Labels: EDUCATION