The last signal the police saw of these four was when they were in Cameroon, some 900 kilometres away from the destination. 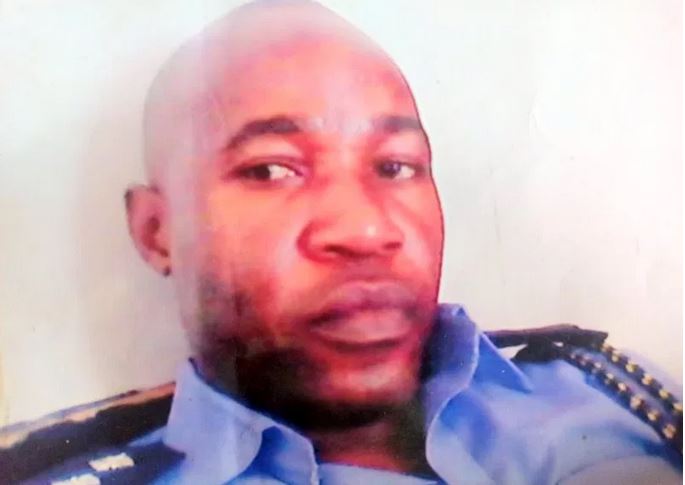 Mogbonjubola and Iyiola, both in their old age, have not given up on the search for a police officer, Olutope Falode, their son, whose whereabouts remain unknown two years after he set out on an official assignment to Gabon.

The last signal the police saw of these four was when they were in Cameroon, some 900 kilometres away from the destination.

All efforts to locate these four have however been unsuccessful but the old couple still hopes Olutope would one day walk through their gate.

The vehicle they went to recover belongs to one Felicia Ogunjana, who claimed it was stolen at a gunpoint in Nigeria.

“The INTERPOL sent them, you can confirm from them. He (mechanic) was the one who volunteered to go with them. Momoh was to drive the vehicle back with the police because he is a mechanic in case the vehicle develops a fault on the way. But we couldn’t hear from them since then. It was later we heard that they have not gotten to Gabon.

”We have always been at the INTERPOL to know how far they have gone, which they have been doing their best. But up till now, no information about them. We are still waiting for INTERPOL to tell us if they were able to get any info from the Ministry of Foreign Affairs because they are on it,” Mrs Ogunjana told PREMIUM TIMES last year.

According to an officer of INTERPOL who spoke with PREMIUM TIMES in 2019, the disappearance of the four men was shocking to the security organisation.

“And the thing is whenever officers go on such a journey, once they arrive there, they get a new sim and call us over here with the new number. On the first day that we did not hear from them, we thought it was network issues. By the way, that is not the first time operatives embark on such a journey. In fact, one of them (Mr Falode), that would have been his fourth or fifth in that year on such assignment.

“Whenever he gets to wherever he is going to, he would call. The thing is that he speaks French, so the team likes to have someone like him who can speak French. And again, it opens a lot of doors for officers. You cannot just go there and start speaking English. If you speak French, they would be receptive.” 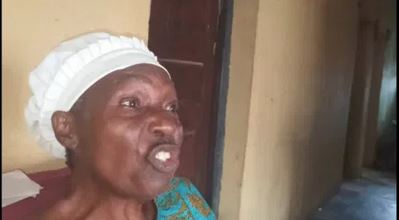 The officer, who did not want to be named because he is not authorised to comment, said when they could not reach them, the Nigerian police messaged the National Central Bureau (NCB) in Cameroon.

“Eventually, Cameroon confirmed that they sighted the officers at the border and to a point, but accidentally there is this issue going on in Cameroon between the separatists and the government. So, we now thought that may be either of the two (Separatists or Government forces) captured them.

”They were in a police vehicle, which is the only vehicle we have here and now we do not have any other vehicle. So, we described the vehicle, we gave the picture.”

He said the issue had been ‘escalated’ to the Cameroonian ambassador and the National Security Adviser (NSA) in Nigeria then.

When PREMIUM TIMES visited the Falode’s residence in Ibadan, Oyo state, Mogbonjubola, Olutope’s mum, said she wept for two years till the point of developing an eye defect.

She now visits ophthalmologists for eye care, she added.

“I have been to several prayer mountains all to no avail. I am fed up and I no longer have enough strength to visit anywhere again,” she said with tears welling up in her eyes.

Olutope’s dad, Iyiola Falode, told this newspaper that he had visited the police headquarters in Abuja ”more than three times since the saga began.”

“They keep on telling us that they are not dead. They said they cannot get to Cameroon because of the unrest in the country. I was surprised because, why will they say they can’t get there? I want them to help me find my son because he was on an official assignment. If he has a day off work, he would ensure he visits me and my wife,” Mr Falode said.

For Elizabeth, his wife of over ten years, the absence of the younger Mr Falode for the two years has been a traumatic experience particularly with the fact that she is shouldering the care of their four children alone.

Although the police gave her access to 60 per cent of her hubby’s salary on a monthly basis, she lamented the insufficiency coupled with the emotional stress of not having the love of her life beside her.

“He was always updating me on his itinerary. In fact, he called me when they had a stop-by in Portharcourt, River’s state capital,” Mrs Falode told our reporter

The Falodes appealed to the Inspector-General of Police, President Muhammadu Buhari and lawmakers to ensure their son and the three others are found.

“Help me beg President Muhammadu Buhari, the Inspector-General of Police and the members of the National Assembly,” he said.

Speaking with PREMIUM TIMES, wives of the other two police officers complained that life has not been easy for them since September 3, 2018.

“We are suffering. We are suffering o,” Mrs Mohammed, who resides in Bida local government area of Niger State, reiterated in a telephone interview with our reporter. 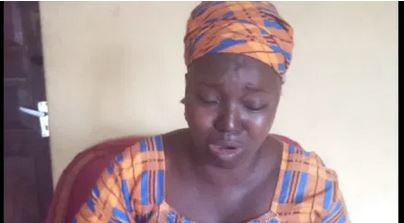 “We are just managing o because we have a large family,” said the wife who is currently unemployed.

“Every time, the kids ask after their dads particularly when we do not have any food to eat. They will start crying that if their father is around, they won’t be hungry.”

Also, Abigail Magidan, a mother of two lamented several visits and telephone calls to the police headquarters which have only been met with a gridlock.

She said the unfortunate incident happened when her second child of four years old was barely 2.

‘They should look for my husband for me wherever they are in Cameroon. It is my husband that I want, they should ask her to bring my husband out of wherever he is. It is two year now that my husband went on this journey that is supposed to last for only four days.

Lubabetu Momoh, a trader, the wife of the mechanic, Usman Momoh, said the police have told her to keep praying for her husband’s return anytime she visits the headquarters.

“I have not heard anything and even though I go to the Force Headquarters or the state CID, they don’t have any other thing to tell me aside I should go and keep on praying.”

Crying for help, Mrs Momoh noted that unlike the police officers’ wives, she is not entitled to any salary. She told this newspaper that catering for her three children has been a burden to her.

“Even if they are not the ones that sent him, they know that he went with those officers and he has wives and children before he left and since he left, I have not seen anything that the police has done to help the situation,” she cried.

Meanwhile, all efforts to get the police spokesperson, Frank Mba, to comment on this proved aborted. He neither picked his calls or responded to texts.

Also, when the commissioner of INTERPOL, Garba Umar, was contacted for an update, he refused to comment as he claimed to be overwhelmed with the preparations of the Edo governorship election scheduled for September 19.