The Arcwave Ion is described as a ‘pleasure air stroker’ for men and is said to offer them a completely new type of sensation. 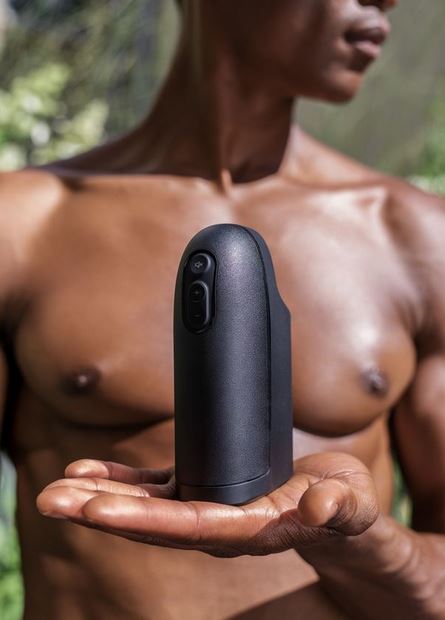 A s3x toy firm has unveiled an usual new device that it claims can give men a female orgasm.

The Arcwave Ion is described as a ‘pleasure air stroker’ for men, and is said to offer men a completely new type of sensation.

The device uses pulsating air waves to stimulate the frenulum - the area of the p3nis that contains the same receptors as the female clitoris.

According to Arcwave, these airwaves deliver a more intense climax than regular mast**bation alone.

So far, more than 100 men have tested the Arcwave Ion, with promising results.

Around 70% of the men said they experienced a more intense climax with the s3x toy than without it, with some describing their orgasm as ‘explosive’ and ‘overwhelming’.

Dr Tobias Zegenhagen, Chief Technology Officer of Wow Tech, which owns Arcwave, said: “The launch of the Arcwave brand represents not only a new age of male mast**bation but a more modern, future-oriented masculinity that enables men to rediscover their bodies and explore how they experience s3xual pleasure.

“It also presents a huge growth opportunity for us as a business as we target a sector that has, up until now, remained largely untapped.

“With the Arcwave Ion the first in a growing product portfolio  which consists of innovative, technology-driven toys that elevate the mast**bation experience of men to a new level, we are excited about what the future holds.”

Posted by makarella at 7:32 PM