Revealed: How Event Planners, Others Were Flown In From Dubai For Lavish Wedding Of President Buhari's Daughter

Apart from the opulence on display, event planners for the wedding were flown in from Dubai, United Arab Emirates, to add colour and spice to the ceremony. 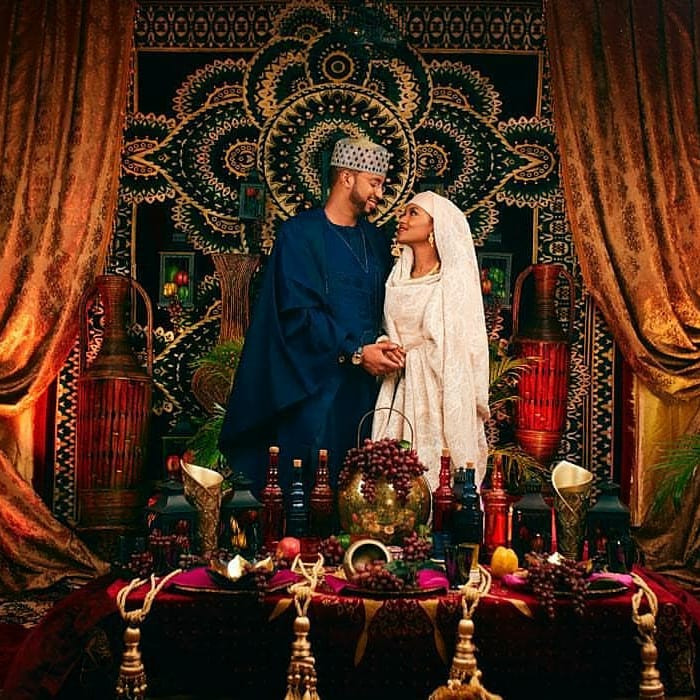 The wedding ceremony between President Muhammadu Buhari's daughter, Hanan, and her groom, Mohammed Turad, on Friday had all the trappings of a fairytale nuptials.

Apart from the opulence on display, SaharaRepoters reliably gathered that event planners for the wedding were flown in from Dubai, United Arab Emirates, to add colour and spice to the ceremony.

Recall that in August, SaharaRepoters had revealed how First Lady and mother of the bride, Mrs Aisha Buhari, flew to Dubai in a private jet owned by billionaire Mohammed Indimi under the guise of a medical emergency to shop for luxury items ahead of Friday's wedding.

It was reliably scooped on Saturday that most of the items including souvenirs used for the occasion were brought in from the Arabian country.

The wedding, which had security personnel prohibiting guests from taking photographs, saw the event planners and other vendors flown in from Dubai pocketing huge amounts in United States dollars for their services apart from the cost of bringing them into the country.

Apart from being against the President Buhari administration's drive to promote local content, the importation of the vendors from Dubai also flouted the ban in non-essential travels in and out of Nigeria at this time.

Government banned international flights from coming into and leaving the country in March in order to curb the spread of Coronavirus in Nigeria.

The elaborate ceremony comes a few days after the administration of President Buhari increased the pump price of Premium Motor Spirit widely known as petrol from N145 to N161, causing many households untold crisis following the attendant effect on the prices of basic commodities including food items.

In a video of the lavish ceremony dubbed 'The First Wedding' for being the first of its kind to hold inside Aso Villa, Nigeria's seat of power, and seen by SaharaReporters, guests numbering about 10 sat close to each other on a table, breaching the Coronavirus safety protocols of government in the process.

Earlier on Wednesday, SaharaRepoters revealed how some guests for the wedding were declining the invitation over fear of contracting Coronavirus especially after it emerged that President Buhari’s closest aide and Senior Special Assistant on Domestic Affairs, Sarki Abba, had recently recovered from the virus.

Abba, who has since resumed duties after recovering from the virus, was considered still unsafe to mingle with others inside the Presidential Villa by some persons including the First Lady.

In order not to expose her family and guests at the wedding, Mrs Buhari vowed not to allow Abba attend the wedding as a result of this situation.

She also opposed the idea of Mamman Daura, a nephew and close confidant of Buhari, attending the event despite the President's insistence that he be a part of the occasion.

This situation sent panic among some guests, who chose not to attend the ceremony and risk their health.

But despite the absence of some prominent Nigerians at the occasion, Friday's wedding between Hanan and Turad had all the glitz and spark synonymous with such calibre of events.

Turad is the son of an ex-lawmaker from Kaduna State, while Hanan, one of Buhari's daughter's, is a graduate of Photography from Ravensbourne University in England, who in July 2019 ordered the Department of State Services to arrest a young businessman based in Delta State, Athony Okolie, after he was issued a mobile number by telecommunications company MTN previously used and abandoned by her.

Okolie spent 10 weeks in unlawful detention before he was finally released by the secret police.

Earlier in January, Hanan was again in the news after she attended an event to photograph a Durbar by Rilwanu Adamu, Emir of Bauchi, in one of the jets in the presidential fleet.

The move was condemned by Nigerians but the Presidency defended the action by saying that it was a normal procedure.