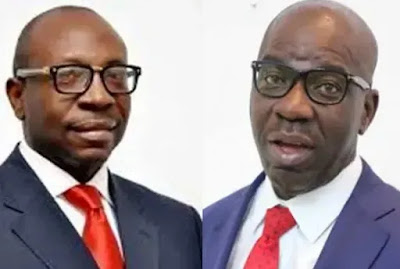 Only the result of Ovia South West remains. It is not likely to change the result and Obaseki’s sure victory.

Posted by makarella at 2:50 PM