Bola Ige Knew Of Plan To Ambush, Kill Him Before His Assassination - Son Makes Stunning Revelation

Muyiwa Ige talks about life without his father as the family marks the 90th posthumous birthday of the late Afenifere leader. 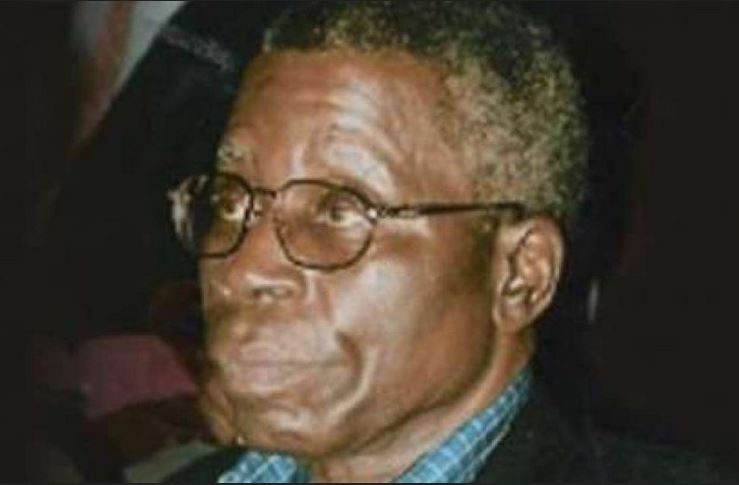 Muyiwa Ige, son of the late Governor of old Oyo State, Chief Bola Ige, tells BOLA BAMIGBOLA about life without his father as the family marks the 90th posthumous birthday of the late Afenifere leader

How do you feel about your father’s 90th posthumous birthday?

We miss him and wish he were here with us. We actually believed he had in him another 25 to 30 years, and that he could actually live to celebrate his 100th birthday because his mother was very old before she passed on. When he was 70 years old, he was as fit as a fiddle and looked very young. So, we didn’t expect him to leave this earth in the manner he did.

But we thank God for his life and glorious legacy, and we will continue to celebrate him, to reminisce about the wonderful memories and legacies he left behind.

That is a loaded question. It has not been easy, because within 16 months of his assassination, we lost our mum, and so we were orphaned without applying for it. But we thank God. We are forging ahead and we are a very strong family. We also have wonderful children, who are grandchildren, to both Bola and Atinuke Ige.

We also believe that hopefully both of them will get justice. My father was assassinated, and my mother died because of my father’s assassination, and hopefully we will get the justice in this clime.

What was it like living with Ige, your father?

He was exceptional; he was a fantastic husband, a great father, and a doting grandfather. He loved his wife, children, and grandchildren. He was also a fantastic friend to all those who knew him, and I am sure if you knew him, you would know precisely what I am talking about.

He was a man of many parts, and he was well loved by everyone. He was a great man, and I am very proud to be an offspring of Bola and Atinuke Ige. I will forever cherish that because I truly believe that I have a good heritage.

Chief Bola Ige at 29, shared a global platform with the late Martin Luther King Jnr but many Nigeria youths are looking for jobs now, or engaging in some criminal activities or just don’t care about making positive impacts. What lessons can they learn from your father’s life?

Well, his actions were deliberate. What I mean by that is that he knew what he wanted to be, he knew he wanted to serve the people, and that his activities in the Students’ Christian Movement were very strong. Relating to politics, he knew that he needed to be relevant, and so right from a very young age, he demonstrated great capacity. And the question is: What are the lessons that young people must take away from this kind of life?

He believed in selfless service, heightened level of humility, honesty, and great honour and dignity. Once you have those ‘Omoluabi’ (Yoruba name for a person of honour and integrity) traits, you will go far. Our present state of Nigeria is hard, but we cannot abdicate responsibilities. We must ensure that we are focused.

My fathers’ generation, when they were active in their early 20s, was also quite lucky in the sense that they were in the pre-independence era and the early days of post-independence era.  So, they were young and they grabbed the bull by the horns. The difference between then and now is level of intelligence and use of technology that youths of this generation have to elevate themselves. And so there is a need for mentoring, great networking and the future will be bright. Although it is hard, we must be resilient.

Who killed Bola Ige has seemed to become a question the police and other security agencies are not ready to find an answer to. How disappointing is that for you and the Ige family?

Disappointment is an understatement. The truth of the matter is that there must be closure. Any sensible government would want to at least, unravel the so–called mysterious deaths or assassinations of various personalities – my father, (the late Bola Ige), Pa Alfred Rewane, Dele Giwa, and a host of others. It will always be a dent in the history of this country, if those murder cases are not solved.

The actors are walking the streets today but the truth of the matter is that they may believe they are free, but they are not. They are not free. Their conscience will continue to probe them. And so, it is a natural law – the law of Karma. I always say that everyone will get their comeuppance one day.

What do you miss most about your dad?

My father was my best friend. His wise counsel, playful mien, and love for family and friends will be missed. Even on the 23rd of December, 2001, when he was killed, we were together.

We drove from Ibadan to Lagos. We were in the car for six to seven hours and had a long conversation about different things – how to deal with different situations, relationship with people, and so on. He was just a great man. Well, as Yoruba people would say: “Ekun yen, ki se ekun ojo kan, ekun gbogbo igba ni.” (Mourning him will be forever, not for a day).

We cherish the wonderful memory we have. We cherish the great legacies he left behind, and it is incumbent on us to forge ahead and keep the flag flying. For those that did the dastardly act, may they not die! Bola Ige has come and gone but his legacy lives on. He was the first executive governor of old Oyo State. The free education programme he implemented then is still relevant today. It is still there as a yardstick. It is a benchmark programme for progressive governance today.

He lived a life of excellence, excellent in leadership. He was first a governor, then deputy leader of Afenifere, and Attorney General of the Federation and Minister of Justice. And at the time, just before he was assassinated, he was preparing to join the International Law Commission in Geneva. Even before then, as you mentioned earlier, at age 29, he was on a global platform with the revered Martin Luther King Jnr. And even at that event in 1959, he moved a motion in support of blacks to be given the opportunity to vote. He was Chairman, Workers’ Forum of Churches’ Committee on Racism. He was a great man, an ecumenical spirit and a wonderful soul.

On the day he was murdered, you said you were with him for some hours and had discussions on many issues with him. Can you share some of the last things discussed with him?

From what you observed that day, do you think he had a premonition of his death?

On December 15, 2001, his cap was removed at the (Ooni’s) palace in Ife. Somebody came to meet us just about an hour before that they heard some people were planning to ambush and kill him, but his demeanor was that he didn’t have problem with anyone, and that no such thing could ever happen and I also believed it. No one could have thought that this thing (assassination) could have happened in his private space.

He was a man of the people and his house was almost like a town hall. Anybody could just walk in and he would attend to them. But the question to ask is what has it profited any of them that executed him or arranged for some people to kill him or were part of the dastardly act? It has not profited them and forever, their conscience will prick them. He who lives by the sword will definitely be consumed by the sword. But I thank God for my father, I thank God for my mother and I thank God for the gracious legacies they left behind.

How have your father’s name and legacies helped you?

You know, I am the ‘Arole Ige’ (first son of Ige. I just thank God for being an offspring of Bola and Atinuke Ige. The truth of the matter is the name opens doors because my parents were great people and it behoves us to keep the legacies alive. And again, my own children are reaping from the legacies and by the grace of God, their children and generations to come from the offspring of the late Atinuke and Bola Ige clan will continue to reap the rewards of their various legacies.

So, it opens doors and I am very proud to be an Ige and I will forever uphold that name.

In the last two years you have been rather inactive politically, what are you up to?

I have not been quiet. Between 2011 and 2014, I served as Commissioner for Lands in Osun (State) and thereafter implemented some legacy projects in the state. I am a stakeholder and the most important thing is to hold forth. For you to be relevant, you need to do things that will elevate our people. Do things that will elevate the common man and posterity will judge you positively. It is not about noise making, we have instituted scholarship programmes in the name of my father and my mum. We have had various lectures and done empowerment projects. It is about adding value and that would continue to be done. We don’t really think in the mundane way that people think. We have our own way of doing things and we will continue to do it and by the grace of God, we will be relevant and we will add value.