''You are either daft or a clown'' - Presidential aide, Tolu Ogunlesi slams Nigerians attacking FG for organizing a ceremony to receive 200 ventilators from US govt 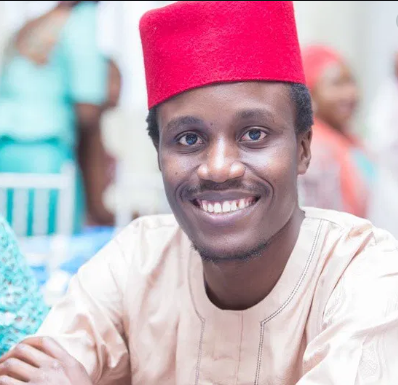 Tolu Ogunlesi, President Buhari's Special Assistant on Digital/New Media, has slammed some Nigerians attacking the Federal government for organizing a ceremony to receive the 200 ventilators promised by US President, Donald Trump.

Tolu who announced the ceremony on his Twitter handle, shared a photo from the handover ceremony and wrote;

''The ventilators the US Government promised @NigeriaGov are being handed over today, at a ceremony in Abuja. 200 of them. Follow @Fmohnigeria
for details. #COVID19''

Some Nigerians saw his post and immediately attacked the Federal government for spending the nation's ''scarce resources'' to organize a ceremony to receive the ventilators.

'' A ceremony for the donation of ventilator''

@kunmbidm stated that Nigeria is facing an imminent recession and every kobo should be saved.

This doesn't deserve any ceremony. There is an imminent economic recession in Nigeria,every kobo should be saved now

While responding to the criticisms, Tolu shared instances of other countries organizing ceremonies to receive items donated by another country. He opined that people are either ''daft or clowns'' to think they would just sit back and receive donations from other countries without a ceremony.

''Looks like there’s a fundamental misunderstanding of things here, LOL. It’s a Government-to-Government donation, US Govt to Nigerian Govt. Some kind of ‘ceremonial’ handover is de rigueur for a G2G ‘transaction’ of this nature. Simple Google search throws these up, for example.
All one asks is that people be sensible enough to speak from position of knowledge—Aka ‘informed’ criticism. As much as yeah too many Govt ceremonies(I agree), there’s reasons why G2G transactions involve something ceremonial. Not sure there’s any getting around that anytime soon
De rigueur. A simple Google search: South Africa, Colombia, India, Ethiopia. Someone is donating medical equipment worth millions of $$$ to your country & it is you, sitting on Twitter, who wants to decide whether there should be a ceremony or not? You’re either daft or a clown.''

Posted by makarella at 2:44 PM