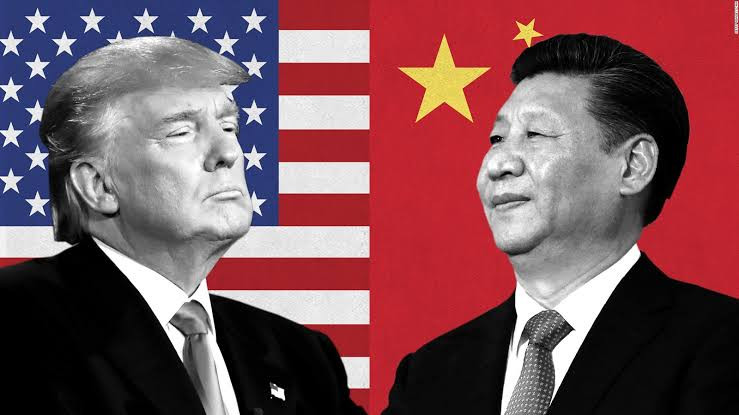 The United States has imposed sanctions on 24 Chinese companies for helping the Chinese government build structures in the South China Sea, an action that will surely increase tension between the US and China, who already have a damaged relationship.

The sanction, is the first action of its kind by the US against China over the disputed South China Sea.

The US Commerce Department, in a statement said the 24 Chinese state-owned companies especially the China Communications Construction Company (CCCC), played a "role in helping the Chinese military construct and militarize the internationally condemned artificial islands in the South China Sea" and "must be held responsible."

The companies will be added to the Commerce Department's Entity List, according to the statement.  American firms will be restricted from selling US goods and technology to them without a special license.

The State Department also announced  visa restrictions on Chinese individuals "responsible for, or complicit in, either the large-scale reclamation, construction, or militarization of disputed outposts in the South China Sea, or the PRC's use of coercion against Southeast Asian claimants to inhibit their access to offshore resources."

Under the visa restrictions, the individuals and their immediate families will not be allowed into the US.

The State Department did not name the officials or specify how many of them are subject to the restrictions.

Bilateral relations between Washington and Beijing are at their lowest following the Coronavirus pandemic.

The Trump administration has previously sanctioned Chinese companies and officials over Beijing's crackdown on Muslim minorities in the Xinjiang region, tightening control on Hong Kong and national security concerns over varying forms of advanced technology.

The US sanctions come, years after Beijing started to accelerate its construction and militarization of artificial islands in the strategic South China sea also claimed by Vietnam, Taiwan and the Philippines.

Posted by makarella at 4:17 PM