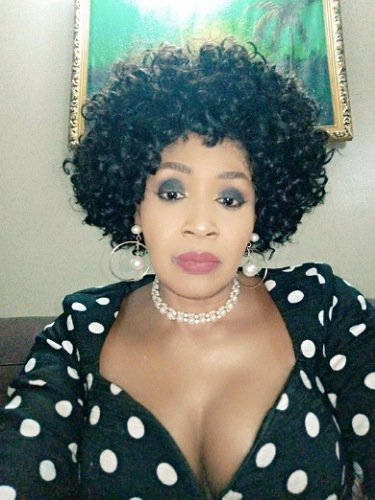 Kemi Olunloyo
Controversial investigative journalist, Kemi Olunloyo has left many people wondering what goes on in her head after she claimed that ladies aged between 18 to 35 years who have saggy breasts sleep around a lot.
She made this known in a tweet she shared via her Twitter page on Monday, August 10.
Attaching a photo of hers that shows part of her cleavages, Kemi went ahead and asked young ladies to take a look at her breasts, claiming they’re still firm despite being 56-year-old.
She then advised young ladies to always lockdown their boobs like oranges.
She tweeted… “If you are between 18-35 and your breasts are sagging, you sleep around a lot. Hormonal loss. See my breast at 56yo Mama has spoken Lockdown your boobs like oranges.”

A male follower took to her reply section and insinuated that she’s wearing pushup bra but she countered his opinion, insisting she wore no pushup bra in the attached photo.
See their conversation below: 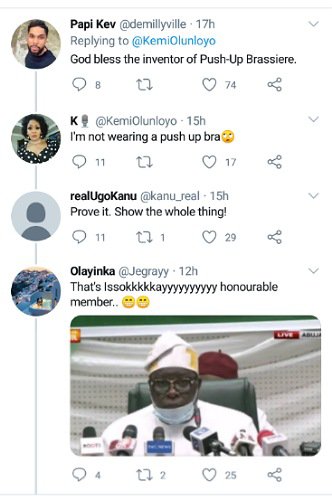