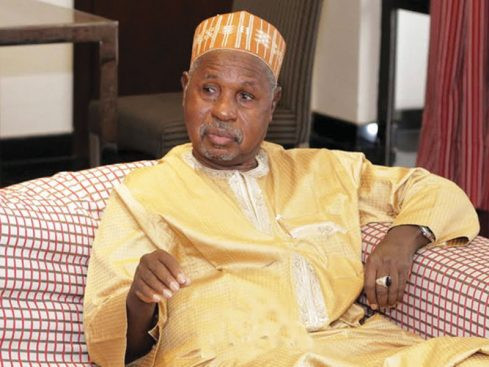 Governor Aminu Masari has decried the escalated killings by bandits and other criminal elements in Katsina State.

Speaking at a luncheon organized by the Nigerian Air Force (NAF) to celebrate the Eid-El-Kabir with frontline troops in Katsina, Governor Masari alleged that bandits have become emboldened because of insufficient manpower to tackle security challenges.

He further disclosed that only 30 Policemen provide security in 100 villages in the state he governs. Governor Masari who called for increased deployment of security operatives said;

“This would complement ongoing efforts to emplace a robust community policing structure, whilst addressing the gross deficit in the number of police personnel available at local levels, which is in the range of an average of about 30 policemen to about 100 villages.
"If such actions are not taken, even if the bandits were wiped out by the military, another generation of criminal elements would quickly take their place in the absence of governance and adequate policing.
“The bandits are intertwined within the communities so sometimes it may be difficult for the NAF or the Army to distinguish them from the locals in order to conduct offensive operations devoid of collateral damage. The locals must stop giving support, information or safe havens to these criminals."

The Chief of the Air Staff, Air Marshal Sadique Abubakar on his own part said arrangements had been  concluded  to deploy UAVs in  Katsina and Gusau in the Zamfara states as part of measures to bring a quick end to the attacks in the Northwest and Northeast.
Posted by makarella at 1:16 PM