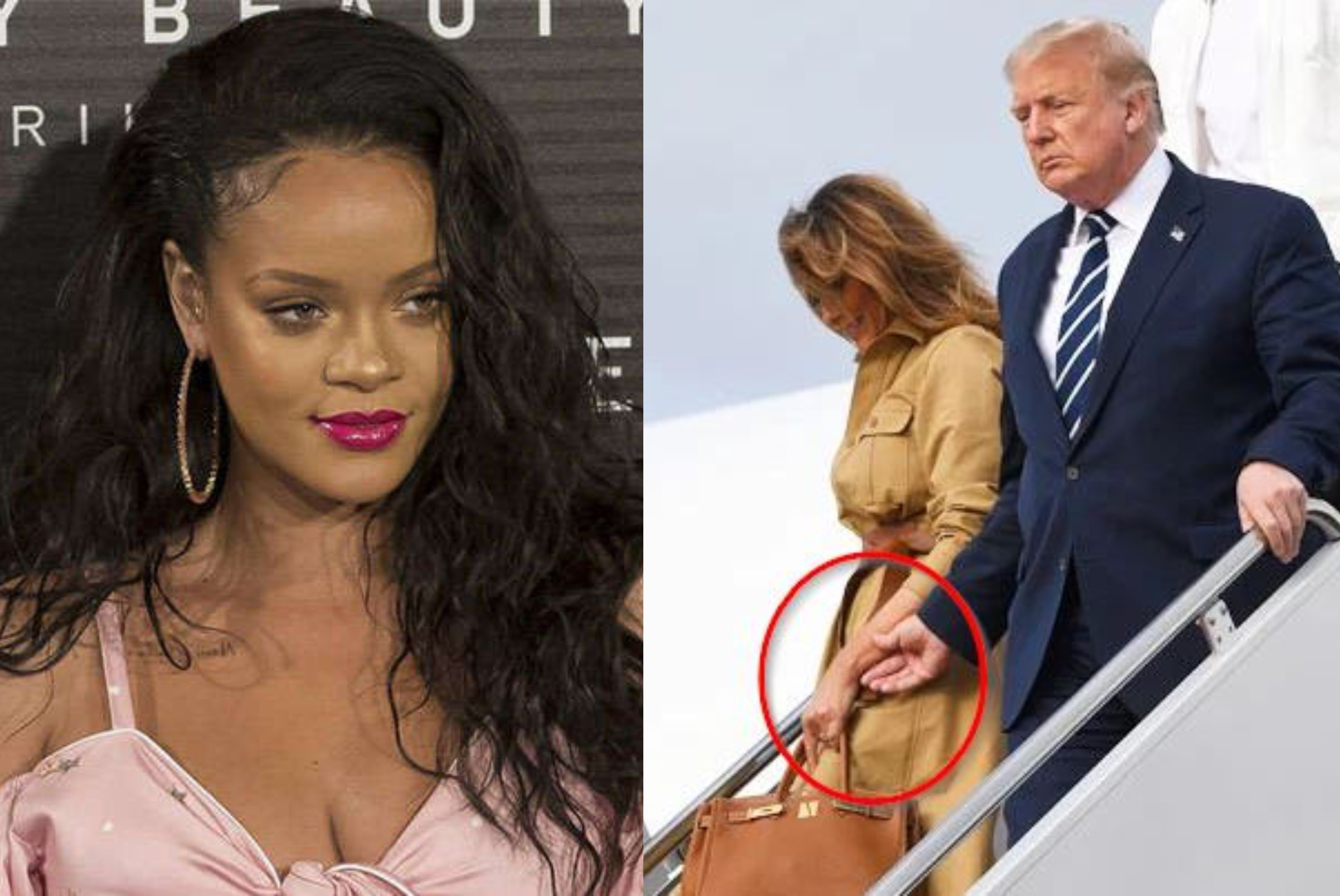 The singer who has been spending her time urging the American public to exercise their right to vote in the 2020 Election, reshared a video of Trump and Melania exiting the Air Force One.

The scene is overlayed with Rihanna's 2016 hit single "Needed Me"  which notably features the fitting chorus, "Didn't they tell you that I was a savage?" 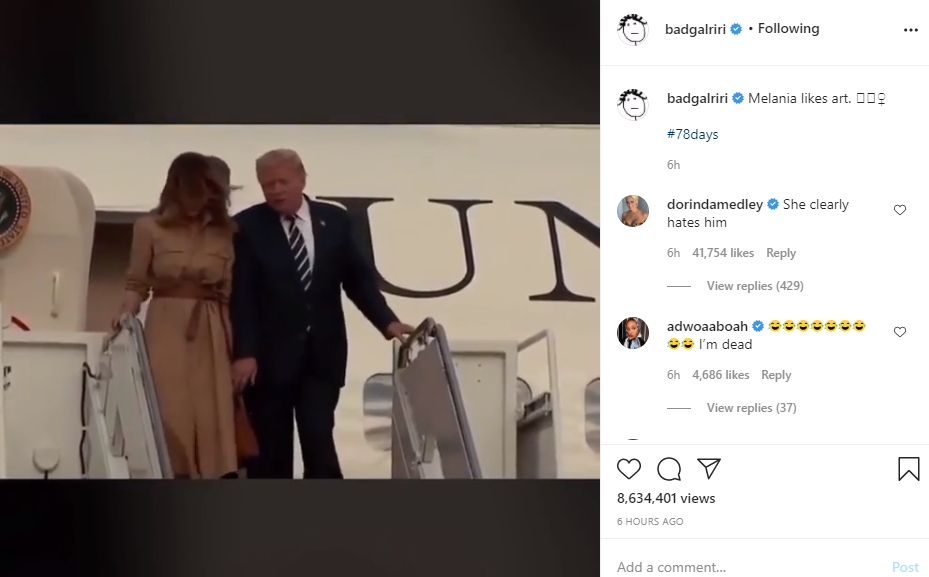 The Savage x Fenty mogul also captioned the video "Melania likes art. #78days", in reference to her 2020 Election countdown and previous social media post which showed her next to her graffiti art that read "F*ck Trump". 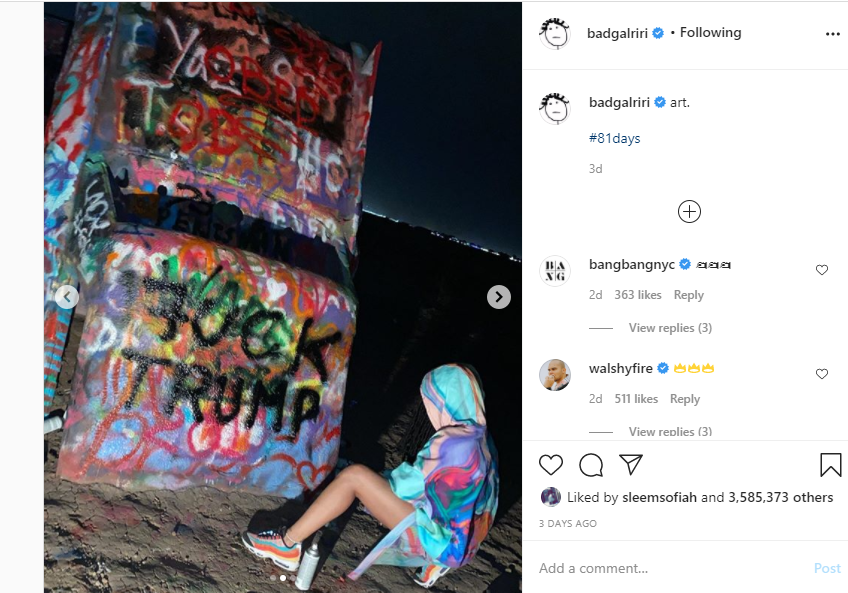